I knew while doing Yamla Pagla Deewana 2 that it's rubbish, says Dharmendra

The veteran actor says the franchise was born out of a desire to make a comedy, but he didn’t enjoy shooting second film. 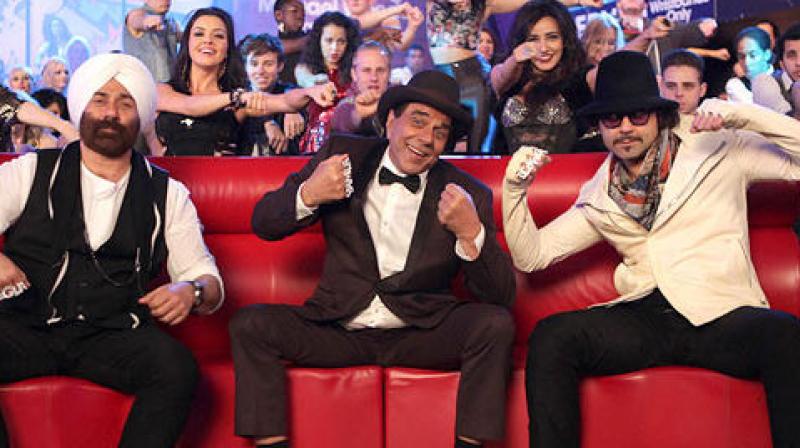 Mumbai: Veteran actor Dharmendra says ‘Yamla Pagla Deewana’ was born out of a desire to make a comedy, but while shooting for the sequel of the film, he realised that it was not turning out to be as expected.

The Deols, Dharmendra and two sons, Sunny and Bobby, came together on screen for the first time in 2006 with the family drama ‘Apne’.

They followed it up with the comedy ‘Yamla Pagla Deewana’ in 2011, which was a huge hit, but its sequel did not do well at the box office.

“'Apne' had made people cry so I told someone that next time I'll make you laugh. We didn't even have a script or anything ready then. We made 'Yamla Pagla Deewana' one. But there's this 'beemari' of franchise and sequel. We don't understand business,” Dharmendra told PTI.

“We had to make a sequel, but it was taking time, things were not falling into place and then even the screenplay wasn't good. I knew while doing the film that it's rubbish and had told the crew that I'm not enjoying shooting it. One knows whether it's going right or not,” he added.

The trio are set to reunite for ‘Yamla Pagla Deewana: Phir Se’ and Dharmendra hopes the audience enjoys the third part.

“I heard this story several times, and I liked it. I really enjoyed listening to the script, and we all have tried to make it as nice as possible. Hope the audience enjoys it now.’

The 82-year-old actor is excited to return to a full-fledged film after a gap of five years.

“I've worked in two shifts, three shifts for 25 years now. I am enjoying this phase currently. I am fulfilling my hobby. Acting is my 'mehbooba' (lover), and I can't stay away from it for too long. I'm very fortunate to be in films. You get love, admiration and what not from all over the world. It's a great blessing of God,” he said.

The actor is also excited to see how audience reacts to some of the cameos in the film, including Salman Khan, Rekha, Shatrughan Sinha and Sonakshi.

“Shatru and I have a good chemistry. We were in 'Dost' and several other films. Timing is the key in comedy. I am hopeful people will enjoy it," he added.