Right now, I am an 18-year-old, says Aamir Khan

For Secret Superstar, Zaira herself learnt how to play the guitar, and Aamir says she went a step further for her role in the movie. 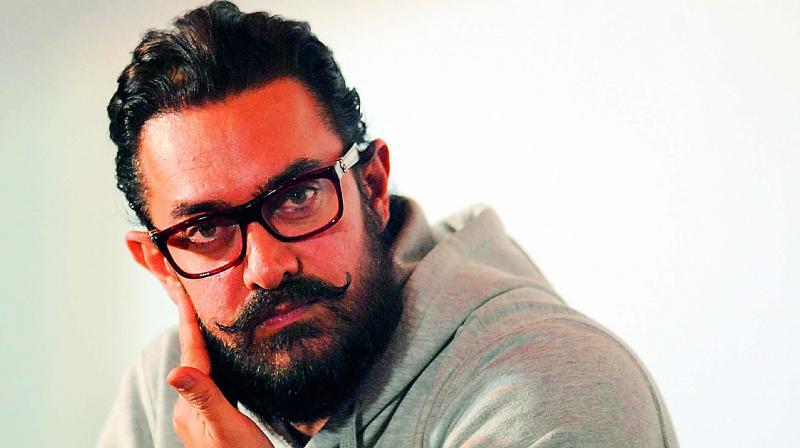 Aamir Khan sure knows how to play his cards well. After launching the trailer of Secret Superstar, the actor is now launching each talent from his film, one by one.

On Monday, he launched Meghna Mishra, a young and talented singer, who has lent her voice to Zaira Wasim in the movie.

The movie is set to clash with Rohit Shetty’s Golmaal Again, but the actor at the event said he feels that Diwali easily makes space for two releases.

“Diwali has the bandwidth to take two releases,” he said. “It’s not a concern because lot of films release on Diwali. Your rarely have just one release then. I also feel that in terms of genres, it seems to be different. Golmaal is an out-and-out entertainer, and ours is an important story.”

He added, “Diwali is a great date to release. Actually, traditionally speaking, on the day of Diwali we’re so busy with out family and friends that collections actually drop on that day. It’s an important date for us, but the fact is that it’s the next day that people step out to watch films.”

For Secret Superstar, Zaira herself learnt how to play the guitar, and Aamir says she went a step further for her role in the movie.

With superstars past the age of 50 still playing romantic leads in movies, Aamir was also asked if he thought these growing stars should stick to playing mentors instead of lover boys. “I think I can answer this question once I reach 50. Right now I’m 18,” he said with a grin.

This year has seen some of the biggest movies flop, like Salman Khan’s Tubelight and Shah Rukh Khan’s Jab Harry Met Sejal. With back-to-back movies trying hard to hit the `100 crore club, does Aamir think people are watching more content-driven films instead of the star-studded ones? “To say the trend has changed would be a big statement to make,” he muses. “We all go through ups and downs and we all try to do good work the audience will enjoy. Sometimes we fail and sometimes we succeed. We should continue to believe. When you talk about stars, you all only take three names. But we have many other superstars. Akshay Kumar’s Toilet: Ek Prem Katha is doing well.”