Entertainment   Bollywood  22 Aug 2017  I have only love in my heart, that's what I want to express: Varun on 'nepotism' controversy
Entertainment, Bollywood

I have only love in my heart, that's what I want to express: Varun on 'nepotism' controversy

The actor doesn't wish to further talk about the topic after apologising for 'nepotism rocks' joke on Kangana. 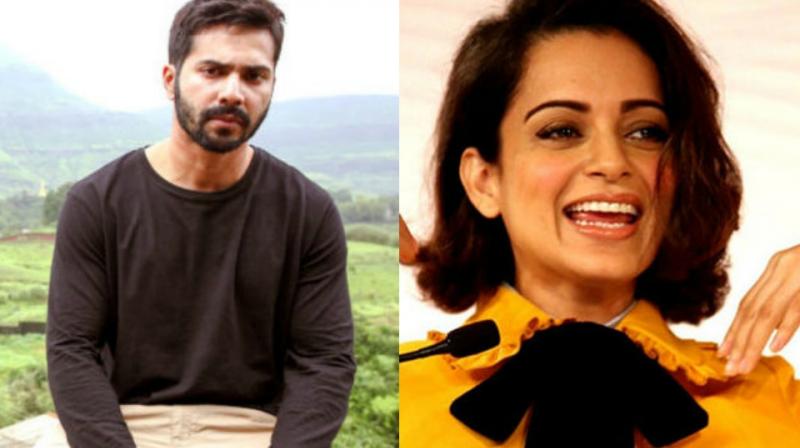 Varun Dhawan and Kangana Ranaut have not worked with each other till now.

Mumbai: Actor Varun Dhawan on Monday said the topic of nepotism is over for him and he wants the film industry to stay together.

The trio drew a lot of flak on social media and later apologised for their remarks.

In his first appearance after the controversy, Varun was asked about his thoughts on nepotism. The actor said,"I have said what I wanted to on that topic. I think that is the end of the entire topic where this is concerned. Eventually we are one fraternity, we love each other."

"Our job as an industry and fraternity is to entertain people and not hurt anyone or anyone's sentiment. If I did that, I have expressed my apology. I am an entertainer and artiste and I have only love in my heart and that's what I want to express," he told reporters here.

The debate started after Kangana appeared on Johar's celebrity chat show where she called him "the flag bearer of nepotism".

Varun was talking at the trailer launch of 'Judwaa 2', where 50 twins from across the country were present.