The couple talks about their daily diet and how their life revolves around their son’s schedule. 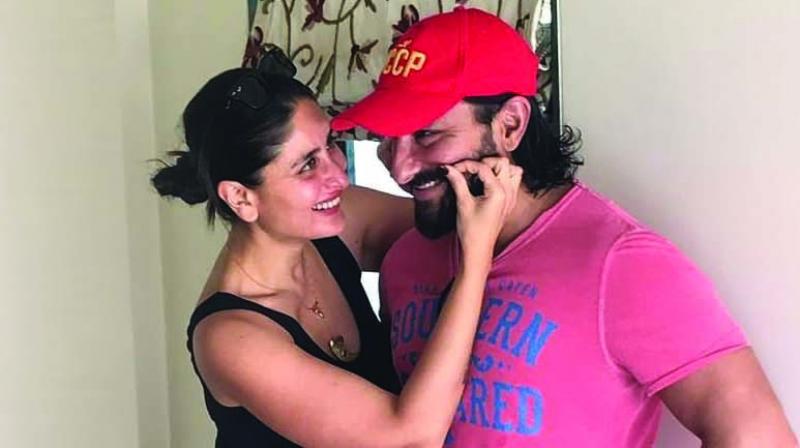 Kareena Kapoor Khan and Saif Ali Khan are perhaps one of the fittest couples in the B-town. The couple, who has been following Nutritionist Rujuta Diwekar’s diet since 2007, revealed their fitness mantra in an online session with the nutritionist. Says Kareena, “Every girl wants to be thin, but I don’t think it is only about that. It’s a holistic approach to a lifestyle, which I like to take. It is not about being skinny but being fit.” The actress further reveals how she stays fit with a normal diet.  “The ultimate source of protein and satisfaction comes from a bowl of rice and dal. It’s all about how much you are going to eat. A good dal is very tough to make. And I add a lot of ghee in it. Sometimes, we have khichdi for dinner which I actually look forward to because that’s my comfort food,” she says, adding that she also have mangoes daily. “But not like six mangoes a day. I stick to one mango daily,” she adds.

Saif, who will be turning 50 soon, believes that having the right knowledge is the key to a healthy lifestyle. “Knowledge is the key. You need to know who to vote for and what to eat. You just can’t do what people are telling you to. You need to read a little about it or follow somebody sensible like Rujuta. Surprisingly, you don’t have to starve to lose weight,” said the Omkara actor. The actor also revealed how he loves having fried poppadom with his meals. “A lot of people wouldn’t believe me when I say this. I was shooting with Kangana once and she couldn’t believe what I was eating. I think she saw me eating bread and cheese in the afternoon,” he reveals.

Kareena, who lost all the extra kilos that she gained during pregnancy in a year’s time, spoke about the hard work that went into her body. “People think I did it fast but it took me an entire year, which is very normal. It’s a combination of the right food, sleep and exercise. I am glad that the nights when I sleep early, I just wake up as a different human being. I wake up feeling a few inches slimmer. The days when I am working late, I feel bloated and irritable,” she says.

Further talking about their son Taimur and the way they have changed their lifestyle according to his schedule, the couple says, “Now we are following his timings which is great. When he sleeps, we wake up. On the weekend if we want to do something in the late night, he doesn’t like it. He’s got so used to us being around his timings that he gets a little upset.” Like every mother, the actress is also very careful about what her son eats. “He eats only home-cooked food. Even when he goes to birthday parties, he is not allowed to eat outside. But that’s also wrong. He likes idli, dosa and healthy home-cooked food. I sit on his plan also every month and alternate according to whatever fruits and vegetables are available during that time,” she concludes.