Trust Sonam to pull off the most stunning and out-of-the-box outfits and she never fails to impress. 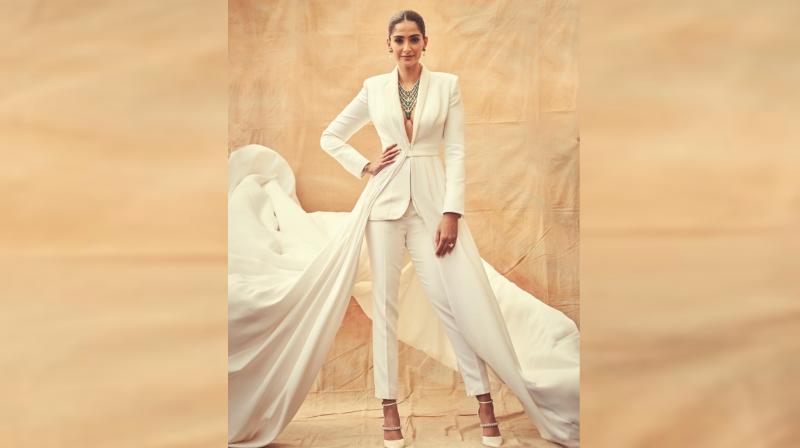 Cannes: And this is how it's done! Sonam Kapoor made her first red carpet appearance at the 2019 Cannes Film Festival and this time she is slaying it like a boss in a white tuxedo with a unique twist.

Trust Sonam to pull off the most stunning and out-of-the-box outfits and she never fails to impress. After raising the temperature in a gold Abu Jani and Sandeep Khosla couture, which she wore for the Chopard party on Monday, the actor went for something more formal for the red carpet.

Dressed in a Ralph & Russo couture tuxedo with a long train like extension attached to her jacket, Sonam looks like she means business.

The Bollywood actor completed the look with a set of stunning Chopard jewellery and white stilettoes. Her hair, tied into a neat bun, beautifully complemented her overall look.

So far, white has been the most opted colour by B-Town beauties during this year's Cannes film festival. Right from Deepika Padukone to Aishwarya Rai, everyone has trusted the colour for at least one of their red carpet outfits.

So much so, that Priyanka Chopra and Aishwarya almost had a fashion faceoff moment, as both the women wore a ruffled white gown to the red carpet. The only striking difference between their dresses was that Aishwarya's gown came with a heavy feather detailing.