After her 'Our Business is our business dialgoue' got trolled, Daisy's co-stars took the opportunity to say it in their way. 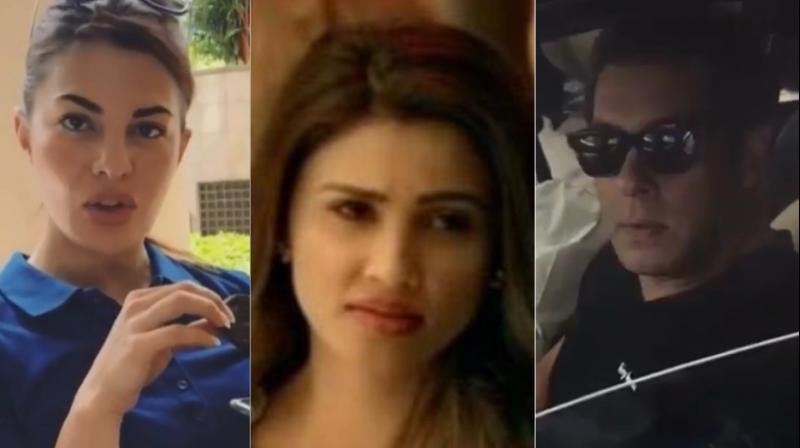 Jacqueline Fernandez and Salman Khan joined in having a bit of fun at Daisy's expense.

Mumbai: ‘Race 3’ was undoubtedly one of the most anticipated films of the year, and there was no doubt that the trailer, once released, would be the talk of the town.

Unfortunately for the makers, the trailer made headlines by getting massively trolled, with jokes and memes going viral on social media.

Be it some of the dialogues, action scenes, ‘lack of acting’, Twiteratti and Instagrammers had a field day over the Remo D'Souza directorial.

Daisy Shah’s ‘Our business is our business, none of your business’ turned out to be the pick of the lot for the creative trollers.

Check out some of the reactions to the dialogue:

In Race 3 trailer,
Daisy Shah says: Our business is our business. None of your business.
Isse ache dailogues tarak mehta mein hai😂

And the best dialogue goes to Daisy shah.
our business is our business, that,s none of ur business.
hahaha pet nein dukh ho raha hai,#Race3

But the team of the film took a sporting reaction to the joke, with Jaqueline Fernandez, Salman Khan and the one at the receiving end, Daisy Shah, making their own interpretation of the now infamous dialogue.

Salman Khan acts his part and is seen mouthing the dialogue in his trademark style while leaving in his car.

Jacqueline enacts the same scene along with Daisy, before bursting out laughing and is also seen saying, “My cookie is my cookie, none of your cookie’ is one of the other videos.

They also took the opportunity to promote Salman Khan’s brand by posing in style and captioning it with the dialogue. 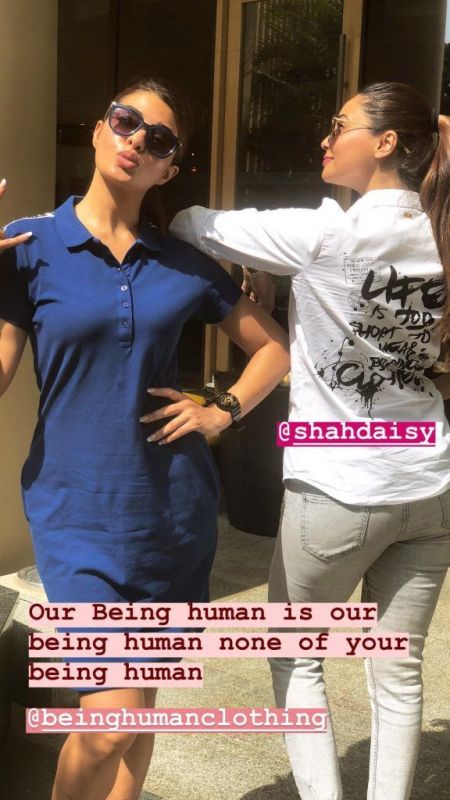 Daisy also had seemed to have a message for the trollers, calling the 'pathetic losers' to 'get a life' on her Instagram story. 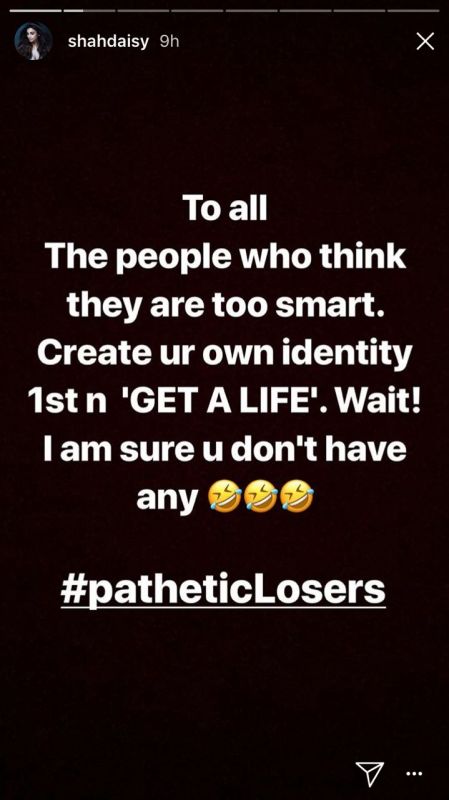 Though later she tried to say that she was saying it in genral. 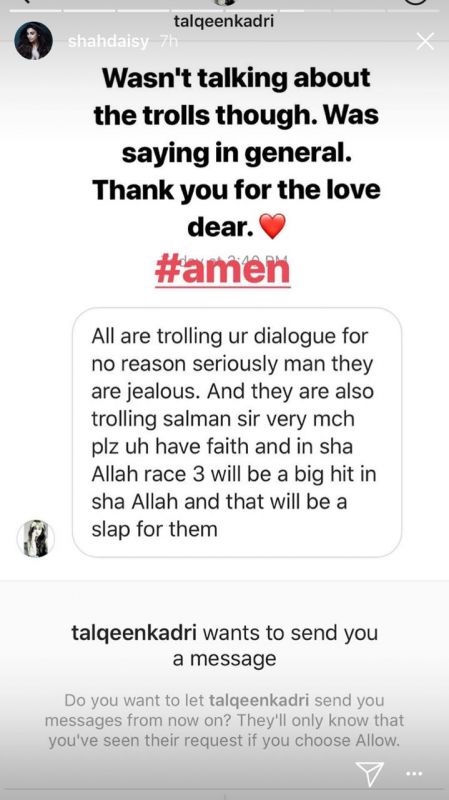 The team of ‘Race 3’ wouldn’t mind the jokes, as long as ‘our business’ is at least Rs 300 crores at the box office, when it releases this Eid.