Priyanka also shared an image of her posing for a selfie with Abigail Spencer. 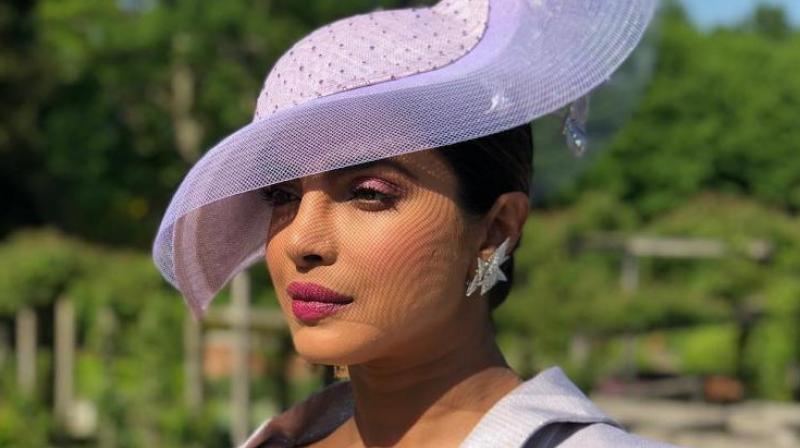 Priyanka Chopra at the royal wedding.

Mumbai: Actress Priyanka Chopra, who was among the guests at her friend and The Duchess of Sussex, Meghan Markle's marriage to Prince Harry, has shared few unseen photographs from the Royal wedding in which she can be seen alongside actor-TV host James Corden and 'Suits' star Abigail Spencer.
Priyanka, who attended the wedding ceremony as well as the evening reception, captioned the images: "Bridal crew #squad."

In one group shot, she posed with the likes of James Corden and Harry and Meghan's friend Markus Anderson, who is very close to the couple.
She also shared an image of her posing for a selfie with Abigail Spencer. The two actresses arrived together at the wedding on May 19.

In another photograph, Priyanka posed arm-in-arm with Markus, who can be holding a card with some notes on it - prompting speculation that he made a speech during the reception.