After RDB and other films, Siddharth Roy Kapur, Ronnie Screwvala reunite with Pihu

The two well-known names in the field of film production are joining hands after a long time with the Vinod Kapri directorial. 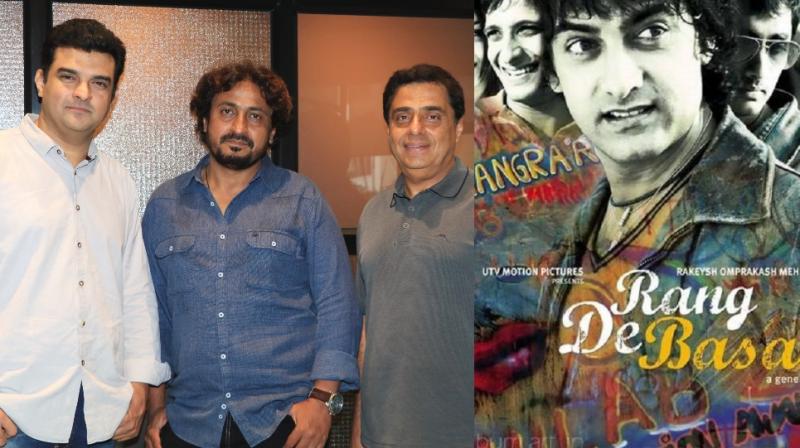 Mumbai: After collaborating on some of the most loved and critically acclaimed films like ‘Dev D’, ‘A Wednesday’, ‘Rang De Basanti’ and ‘Barfii’, Ronnie Screwvala and Siddharth Roy Kapur are all set to reunite with the film ‘Pihu.’

The duo had worked together for UTV, before Ronnie took a sabbatical from films while Siddharth continued with Disney UTV for some time before setting up his own production house Roy Kapur Films (RKF).

While the former is back with a bang, with films like ‘Kedarnath’, ‘Son Chiriya’, ‘URI’ and ‘Karwaan’ for and the latter has the biopic on Rakesh Sharma, among other ventures, respectively, ‘Pihu’ will be their first collaboration after a long time.

The film is being helmed by journalist-turned-director Vinod Kapri, who said, “I am still pinching myself that I could complete this film 'Pihu'. It was almost an impossible film. In the beginning my dear friend late Kirshan Kumar trusted my dream and 'Pihu' was born. Later the way Sid and Ronnie adopted 'Pihu', it’s no lesser than a fairy tale for me. I’m glad that 'Pihu' is now safe and in the hands of those who understand cinema in its true sense.”

Siddharth Roy Kapur said, “It’s always thrilling to come across directors who want to tell stories that disrupt the status quo using bold new narrative styles. 'Pihu' is a film that has you on the edge of your seat all through, with a 2-year-old child as the sole protagonist! It is a towering directorial achievement by Vinod and we look forward to bringing it to audiences very soon.”

Ronnie Screwvala said, “'Pihu' is a unique film. Thrillingly real. Imagine 90 minutes of a spellbinding experience, can easily be a true story and yet it tugs at your heart at all times.”

‘Pihu’ revolves around the story of a 2-year-old left alone in an apartment and has already been the official selection at film festivals in Vancouver, Palmsprings, Iran, Morocco, Germany. It also went on to win 'Best Film' at Morocco and was also the opening film at India’s largest - International Film Festival of India, Goa in 2017.