Rhea Chakraborty talks about upcoming projects and moving on from past failures. 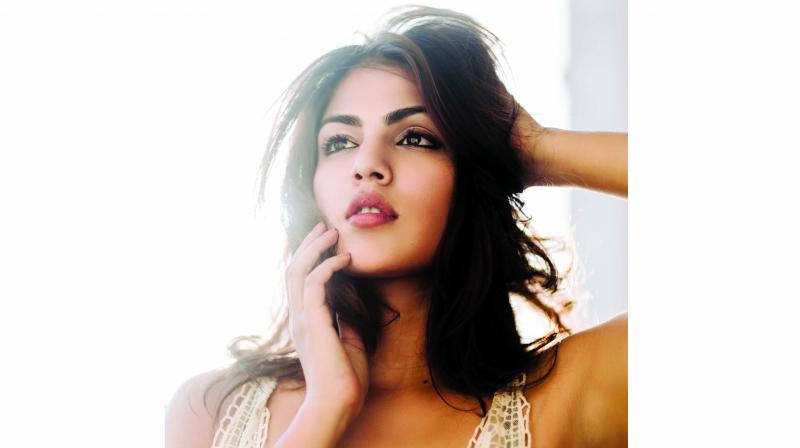 Launched by YRF, Rhea Chakraborty talks about her three films this year, Dobaara: See Your Evil, Bankchor and Half Girlfriend, her take on star kids getting work easily, her phase when Sonali Cable didn’t do well at the BO and the insecurities of being an outsider. Excerpts:

What went wrong with YRF after they launched you in Mere Dad Ki Maruti?
Nothing at all. In fact, Bankchor, my second film with the production house is releasing in just a few weeks from now. I still have a third film with them pending, and I’m hoping that it will happen soon. There are a few plans in the pipeline, but nothing is confirmed yet.

After your grand debut Sonali Cable didn’t work at the box office, were you upset?
I think no one really knows for sure what will work at the box office. Even big production houses don’t know what will do well and what won’t. A lot of actors pick movies that are commercially more viable. Sonali Cable blew me away with its concept and through this film, I wanted to prove my worth as an actor. Actors do all kinds of roles, but once in a while, we also want to do a meaningful film.

No one knows where the film will take you as an actor. Without a doubt, I would want my films to do well, but at the same time, I like to believe in my gut feeling. It feels bad when a film doesn’t do well when you put in so much hard work in your character. Coming back to Sonali Cable, I’m actually very proud of the project — I learnt a lot as a person and an actor. And, I like to think that failures teach you a lot — they tell you what you should avoid in the future.

Have you ever felt insecure about being an outsider in the industry?
Of course! I do feel insecure some times. I also agree that it is a lot easier for star kids to get projects. But then again, talent also matters. I mean, Alia Bhatt is one of the finest actresses we have from this generation. She is a star kid launched by a big banner, but has also proved her worth.

How did Half Girlfriend happen to you?
I’ve known Mohit Suri for the longest time. I met him for Aashiqui 2, so we have a bond. When he was casting for Half Girlfriend, he asked to meet. He told me that if it works for me, it works for him too. There is an emotional aspect to all his films and I wanted to work with him because I like his work. I played an interesting role of an Indian girl based in New York, opposite Arjun Kapoor, who helps move the story forward. It is quite a different role than my previous roles.

You are also doing a horror film Dobaara: See Your Evil…
I have done a special appearance in the film, playing the character of a lawyer. I’m trying to keep Saqib Saleem and Huma Qureshi away from the haunted mirror in the film. I feel Prawaal Raman is an amazing director with great films in his pocket like Gayab. Dobaara is another interesting work by him. Of late, the horror genre has been dying in Bollywood. There aren’t many family horror films made at the moment, but Dobaara might change the game.

Bankchor has been stuck for quite a while now. How does it feel to be a part of a delayed film?
These things aren’t in my hands. It is difficult to stay patient to see myself on big screen, but makers of the film are the best people to know when to release the film. Patience is the name of the game in Bollywood. I’m hoping that the wait for Bankchor is worthwhile. I play an entertainment journalist, who believes that one should have an opinion on every beat.