As the entertainment industry extends its sources, the video-sharing site has become the launchpad for the next generation of celebrities. 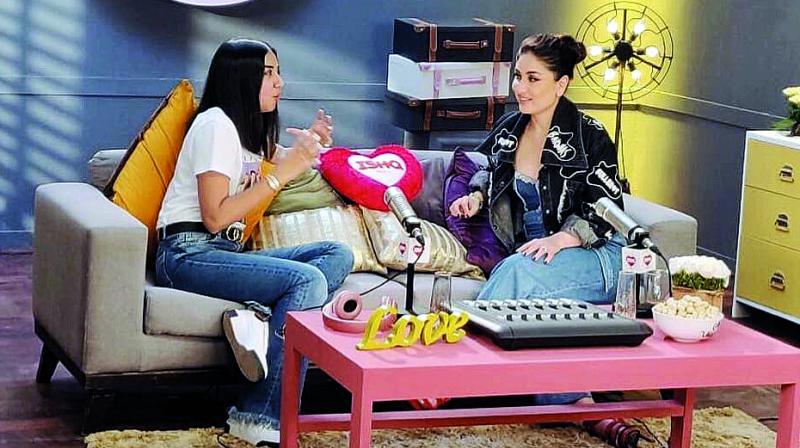 No one can ignore the impact of YouTube on the realm of pop culture. The top stars of the platform have become the world’s premier influencers. Not only the mainstream entertainment industry, but also online content makers have the ability to reach millions of followers on a daily basis. Turning their witty and funny content into a million-dollar business through YouTube and Instagram, which propelled them to fame, a few YouTubers boast of a fan following that also includes celebrities from Tinseltown. It all started when 25-year-old Prajakta Koli, known for her quirky videos on her channel MostlySane, was invited at the B-town diva Kareena Kapoor Khan’s show ‘What Women Want’.

“It was like a dream come true. Let’s be real — It’s Kareena Kapoor Khan man,” she expresses with excitement and adds, “I was excited but not nervous and wasn’t feeling any pressure. The minute I walked into the studio, I felt her presence. She is amazing and a very sweet personality. She made me feel comfortable for two minutes and then we started the show.”

Prajakta’s endless fan list from the B-town includes the likes of Vicky Kaushal, Nawazuddin Siddiqui, Ayushmann Khurrana, Saif Ali Khan, Manoj Bajpayee, John Abraham and many more. It is not new for her to meet and interact with celebrities but the young YouTuber clearly remembers her first star interaction; it was with her favourite celebrity Hrithik Roshan. “It was a surprise by my team when we achieved our first target of subscribers. That was the most beautiful meeting I had with any star,” she recalls. Recently, Prajakta also released a short video with YouTube’s CEO Susan Wojcicki.

Just like Prajakta, who is celebrating her cult popularity, YouTuber Bhuvan Bam is riding on success with his brainchild BB Ki Vines or Bencho. Bhuvan’s YouTube channel is popular for producing short videos (between two and eight minutes) depicting the life of an urban teenager and his whimsical conversation with his friends and family. The Hutiyapa guy is earning millions of perspectives and a huge number of supporters on each of his videos. “I had never thought of becoming a YouTuber. I used to sing at restaurants,” says Bhuvan and recalls his first YouTube video that he uploaded after watching a news reporter asking a woman who had lost her son in the floods about how she feels. “I thought, how can you ask someone a question like that? That’s when I made a funny video on it and uploaded it,” says Bhuvan. After his first video, there was no looking back. Bhuvan recently won the Filmfare award for short film Plus Minus that featured him alongside Divya Dutta. The film was produced by Guneet Monga who recently bagged an Oscar for her film ‘Period. End of Sentence’. From Shah Rukh Khan, Karan Johar to Rajkummar Rao and Anurag Kashyap, this 24-year-old internet sensation has a huge list of fans in Bollywood. “I was truly star struck with Shah Rukh Khan when he wanted to be a part of my first ever episode of Titu Talks on YouTube. That moment for me was the best because never in my wildest dreams had I thought that I would shoot with SRK. He was such a sport, so witty and funny,” says Bhuvan. 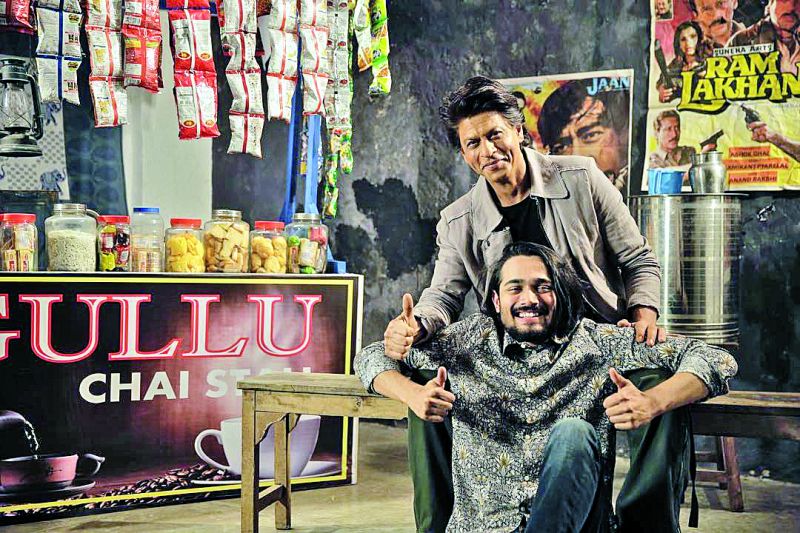 At an age where most children are busy figuring out their career, 19-year-old Ajey Nagar, popularly known as CarryMinati, is driving the Internet users crazy with his funny and quirky videos on YouTube where he has over six millions subscribers. The nerdy artist, who doesn’t mince his words, was recently engaged with Mission Impossible star Tom Cruise to promote MI6 in Paris. “It was almost dreamlike, I remember him being ultra humble. Even when I was talking to him, I was getting extremely nervous but he mellowed down the conversation to make me feel comfortable,” recalls the star and adds, “It started off as a relief for me from daily school life by ranting in front of the camera while playing video games. It ended up being a roasting channel (CarryMinati) and a Gaming channel (carryislive). Guess, we’ve come full circle,” smiles Ajey.

The digital sphere has the ability to raise YouTubers to cult popularity from obscurity overnight. But there is a curiosity to know who they were before the fame came to their way. Ask about the lowest and highest moments in their illustrious journey, Prajakta, being the ambitious entertainer, is yet to experience her D-Day. However, she did come across a dark phase of her career when she faced a content block on her channel. “I completely gave up on the content and I thought maybe I should shut the channel,” she rues.

For Bhuvan, it was when his channel reached 10 million subscribers that he saw the light of success. On the other hand, Ajey enjoys his public appearances and the comments that he gets on his videos. “There is no such particular lowest point in my journey, I can say the process of failure is so regular that you get used to it,” muses the gamer. 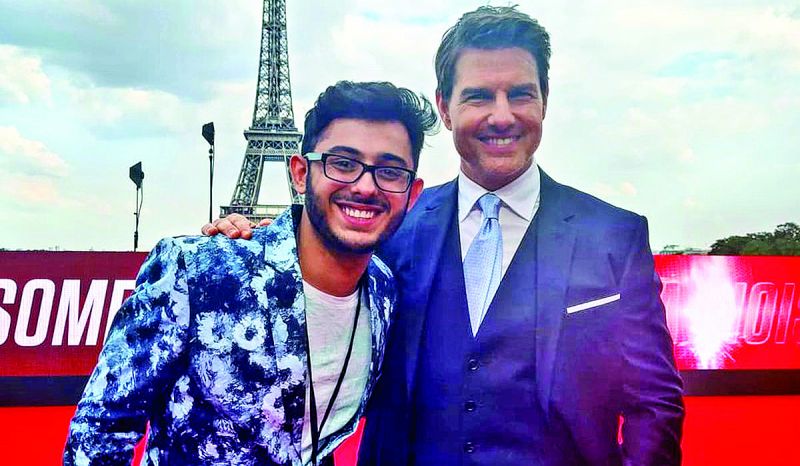 At a time when it is easy to get lost in a sea of people on the Internet, owing to each being funnier, better looking and more famous than the other, very few stand rock solid with their content. And those who do are certainly enjoying the perks of success and celebrity status while getting mobbed in malls and sharing screen time with celebrities. Other YouTube influencers like Kusha Kapila, known as Billi Maasi, is staying abreast with pop culture scene. From Karan Johar to the Ambanis, Kusha is now known to anyone who is Instagram-friendly. Kusha’s videos also feature some high-profile Bollywood celebrities like Abhishek Bachchan and Vicky Kaushal to name a few. Recently the Indian-Canadian YouTube and social media star widely known as Superwoman, Lilly Singh was the talk of the town when she visited India for YouTube FanFest 2019 and after the event, she was seen having a fun riot with Ranveer Singh at a party. Besides, she also met Soorma actor Diljit Dosanjh, Karan Johar and Varun Dhawan during her visit to India. Lilly was also invited to Anupama Chopra’s chat show, which hosts Bollywood celebrities.

Talking about the ever-increasing popularity of YouTubers, social media expert Parul Gupta says people start by promoting their videos in their own circles and there is a huge paid promotion work behind becoming YouTube influencer. “After promoting their content in their own circle, they look for paid promotions once they achieve certain numbers,” says Parul. She also explains that YouTube has allowed its users to upload one video a week and work for its promotion for the rest of the week. “It is all about sharing on the right platform. There are third-party platforms that these influencers use and once they reach 10,000 subscribers, they get into automatic search and then they fetch their channel for business deals,” she explains.