We took the opportunity to ask Akhtar if he’d like someone to make a biopic of his life. 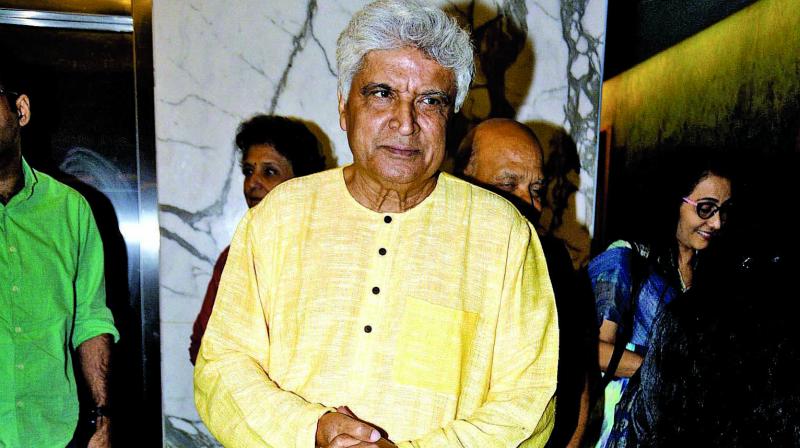 Hailing from the seven generation of well-known Urdu poets and writers, son of the well-known Urdu poet Jan Nisar Akhtar, Javed Akhtar is certainly a personality to be reckoned with. The famous Indian poet, lyricist, and screenwriter became known in Bollywood for his script for Sholay, which he wrote in partnership with Salim Khan. Other than his work as a screenwriter and poet, Akhtar has led a rather interesting life. If only someone were to direct a biopic of the man’s life..

Making biopics on the celluloid is one of the on-going trends of the age. We met Akhtar recently, and if his life story were to be depicted on the big screen, then it would definitely interest not only his well-wishers and close kith and kins but also the movie buffs.

We took the opportunity to ask Akhtar if he’d like someone to make a biopic of his life. “I do not think my biopic will be of interest to anyone. My life isn’t as interesting as you think it is,” he chuckled.

“Maybe at a later stage in life, I might want to pen some bizarre experiences that I might have gone through during my life. I would especially love to mention my experiences with some strange people I’ve met. I’ll any day choose writing a memoir over an autobiography,” he added.

Lastly when asked if he would play himself in his own biopic, if at all his biography were to be reprised on reel? He laughs out loud saying, “How would I ever play myself from my younger days?”. After pondering a little bit, he said, “I would love to see Farhan (Akhtar) play my role on reel. Provided he agrees, of course!”