Deepika Padukone's next, 'Chhapaak' wraps up the Delhi schedule

Helmed by Meghna Gulzar, the film is all set to release on 10th January 2020. 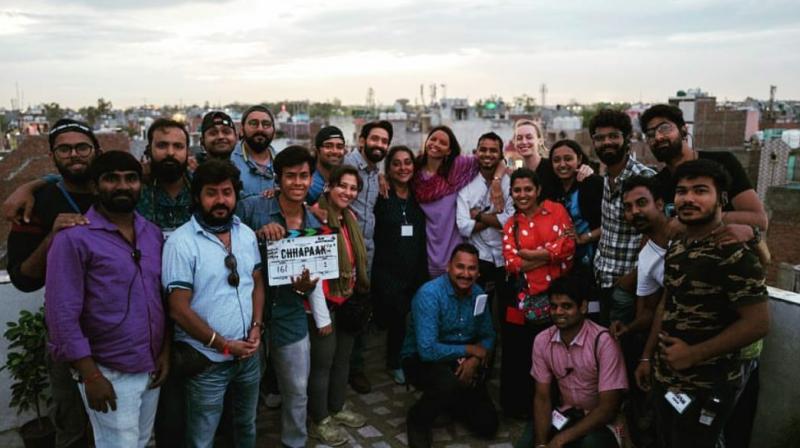 Mumbai: Meghna Gulzar's directorial Chhapaak, which is creating an uproar across quarters for its versatile narrative, based on a true story of an acid attack survivor has finally wrapped up its Delhi schedule. In order to mark the wrap, the Director, recently shared an adorable picture with Deepika Padukone and the entire team. The film features Deepika Padukone alongside Vikrant Massey.

Ever since the announcement of Deepika Padukone slipping into the character of an acid attack survivor broke, the news has already generated headlines all over. The reason being that instead of a choosing a glamorous role, the leading lady of Bollywood is playing a character which challenges the notion of beauty, amongst the masses.

The film demands Deepika Pakukone to feel and live the life of an acid attack survivor touching upon all the adversities the victim feels as Malti, the character she is portraying.

Chhapaak, which highlights the life of an acid attack survivor puts forth the confidence of the victim to be taken as a lesson and marks her an inspiration for those who have faced the similar situation.

Helmed by Meghna Gulzar, the film is all set to release on 10th January 2020.