Vidya Balan to star in a biopic on former Andhra CM NTR?

If Vidya Balan gives her nod to the project, the biopic will mark her debut in Tollywood. 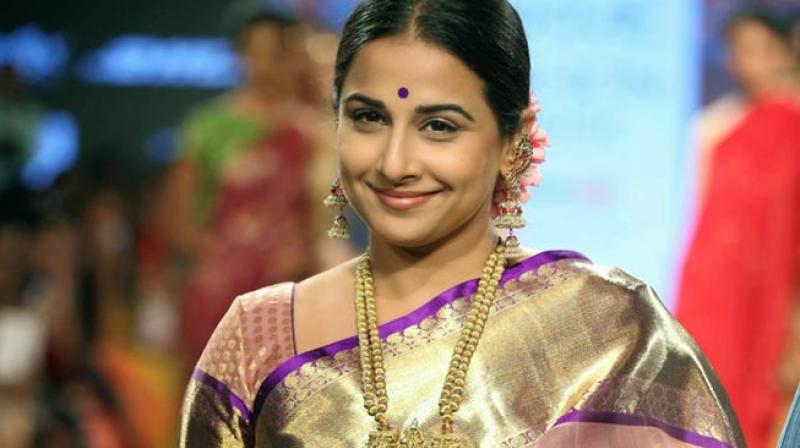 Vidya was last seen in 'Tumhari Sulu' which turned out to be a great success at the box office.

Mumbai: The makers of NTR biopic have approached Bollywood actor Vidya Balan to play the wife of NT Rama Rao, legendary actor and former AP chief minister, in his biopic. Actor Nandamuri Balakrishna will be seen playing his father NTR in the film.

According to some recent reports, The 'Kahaani' actress Vidya Balan has been approached to play superstar Balakrishna’s wife in an upcoming biopic on former Andhra Pradesh Chief Minister NTR. Reportedly, the actress has yet not made her mind yet but will take the final call very soon.

A source close to the development revealed, “She has shown an interest to play Basavatharakam’s role but it is not yet confirmed.”

If Vidya Balan gives her nod to the project, the biopic will mark her debut in Tollywood.

The NTR biopic is being helmed by director Teja.

Vidya was last seen in Bollywood film 'Tumhari Sulu' which turned out to be a great success at the box office. The actress has not yet announced her upcoming projects.