This is one helpful Katrina Kaif

She is of the opinion that it’s important for people to empower women around them. 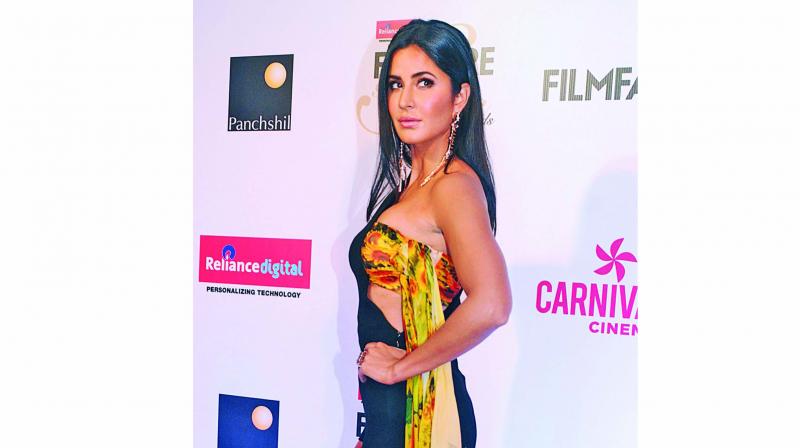 Actor Katrina Kaif feels it’s extremely important for people to empower women around them and said she now tries to actively support and encourage her contemporaries.

She is of the opinion that it’s important for people to empower women around them. This doesn’t usually happen in the film world but Kat says that she now tries to actively support and encourage her contemporaries. She said a lot of things start with a change of mindset and “we need to think what we are doing for women around us. Recently, I’ve become more aware of this, even subconsciously, do we really support our contemporaries - in whatever industry we are in? I try to support women who are around me as much as I can in my work space. Sometimes a competitive mindset can actually stop you from doing that,” Katrina said.

“Am I lifting up the women around me, am I doing what I can to support, encourage or to help them grow? Rather than just see what they can do for me, I do whatever I can to encourage them to better in their profession.”

Quizzed on the perception that actors, especially female stars, don’t have an opinion on important things, Katrina said people have an opinion but there is no compulsion that one has to always make a comment.  “I have seen it myself that when you talk about politics , matters regarding government, a lot of actors, because they are not in politics, don’t feel the need to comment.  “There’s a big difference between having an opinion at your home, and speaking about it on a public platform, or having an opinion about a social cause like this.”

Katrina said if one does not want to talk about a certain topic, it does not mean that they are not aware of it.  “I can’t speak for everyone because there are different situations and everyone is different. But many times, I don’t feel like taking about a topic. It doesn’t mean I don’t have an opinion on it but maybe it is not the right time and place to talk about it.”