Like 'Veergati', Pooja and Ravi had worked together in the 1997 film ‘Tumse Pyar Ho Gaya’. 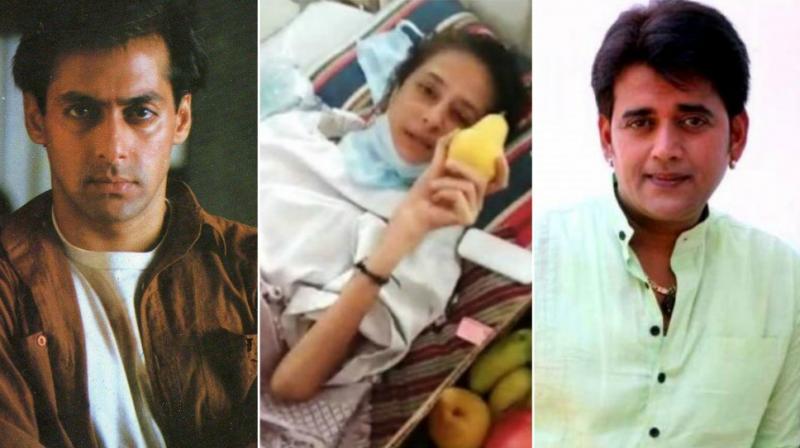 Mumbai: Salman Khan’s co-star Pooja Dadwal from the 1995 film ‘Veergati’ suffered from tuberculosis and was being treated at the TB Hospital in Sewri, Mumbai.

Pooja, who was romantically paired opposite Salman’s brother-in-law Atul Agnihotri in the action film and also reportedly acted in ‘Inteqam’, ‘Hindustan’ and ‘Dabdaba’, claimed she is ‘penniless’ and asked for financial help from the superstar.

However, instead of Salman Khan, her other co-star Ravi Kishan came forward for help. The actor, who was shooting for a film in Hyderabad, sent his acquaintance to provide Dadwal with fruits and money for the treatment.

Pooja and Ravi had worked together in the 1997 film ‘Tumse Pyar Ho Gaya’. Ravi has extended his help to others even in the past.

There is no response at all from Salman Khan, who is busy promoting 'Race 3', despite help requests from fans.