Makers of the original Ek Do Teen... unhappy

Th song, which was originally choreographer by Saroj Khan, was the one to give Chandra the startling news. 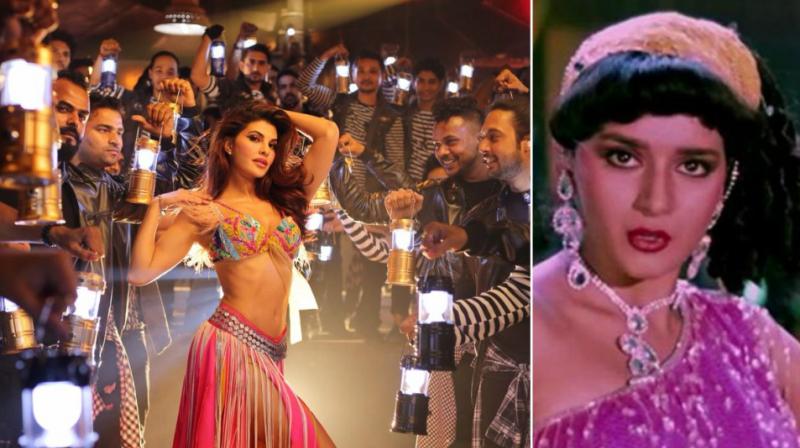 The redoubtable N Chandra may be lying low these days. But during the 1970s and 80s his cinema like Ankush, Pratighaat, Tezaab and  Narasimha  roared  like  a  lion at the box office.

Th song, which was originally choreographer by Saroj Khan, was the one to give Chandra the startling news.

“I met Saroj ji at Sridevi’s prayer meeting.  It was there that she marched up to me to tell me about it. Can you imagine how much it had upset her that she needed to vent at such a solemn occasion?” asks Chandra. “Anyway, she came to me and said, ‘Have you seen what they’re doing to our Ek Do Teen number?’ And I had no clue! Saroj ji told me that the makers of Baaghi 2 were doing a new version of Ek Do Teen. She said she would take legal action against it,” he says.

Now that Ek Do Teen, as performed by Jacqueline Fernandez is out, N Chandra is in a state of shock.

Says the irate filmmaker, “I can’t believe they’ve done this to Ek Do Teen. It’s crass — beyond imagination. Madhuri Dixit danced with such grace and innocence. This number is like a sex act!”

Chandra feels there should be strict laws against such creative vandalism.  “Anyone can do anything to your creation just because there are no laws to protect our property. I remember a couple of years ago, R D Burman’s Dum Maaro Dum had been similarly vandalized.”

“Saroj ji and I are definitely taking action. Amit ji (Amitabh Bachchan) has rightly spoken about archaic copyright laws that allow such liberties to be taken. Can you imagine, Amit ji would have no rights over his father’s writings! What kind of laws allows people to do such things? We must be allowed to exercise some control over what we create.”