Didn’t want to spoil the novelty of Pink: Taapsee Pannu

Taapsee says Badla is that kind of a film that you may want to watch the second time to see if you missed something. 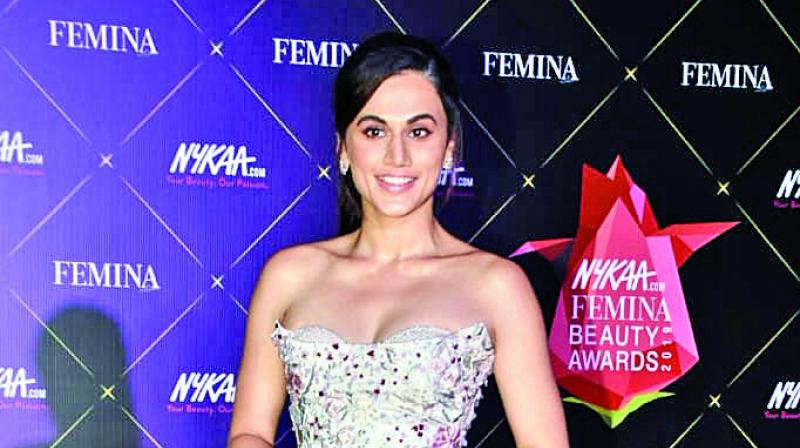 Taapsee Pannu who has been cast with Amitabh Bachchan in the soon to release Badla says that they wanted a great script before being together. “There is a reason why we were cast together again after Pink. The basic bait was that I and Bachchansaab were cast together in the film as lawyer and client again but that’s just the bait. There’s a lot more to it that you will understand only after watching the movie. We won’t just come together for the sake of it,” she says.

“Obviously, we didn’t want to spoil the novelty and the kind of love that we got in Pink. Sujoy (Director Sujoy Ghosh) has a lot of responsibility on his shoulders. The characters are very different. Only the client and lawyer bit are the same,” she explains.

Taapsee says that the film’s murder mystery theme is something that will break the clutter among films being made these days. “After a lot of time, a whodunnit murder mystery is coming up. When I heard the narration, I was hooked and could not stop listening and the same happened when I read the script. If you took a break for a minute during the film you will miss the plot. It is a very thrilling and fast-paced film. This is that kind of a film that you may want to watch the second time to see if you missed something and it happens in whodunnits that you actually see and understand something the second time around. That’s the beauty about such murder mysteries,” says the actress about the story.

The actress further adds that Badla is one such film which she would buy tickets for. “If the audience is going to spend three hours of their time including travelling to watch the film and use their hard-earned money, the film has to be worth it. I will spend money on only such films,” she says.