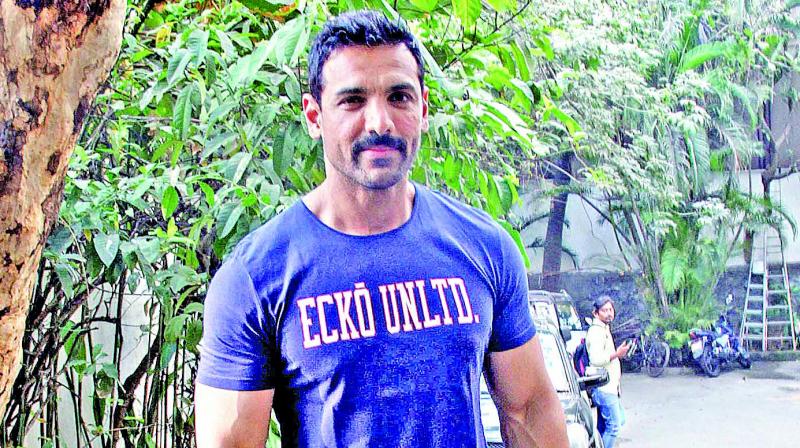 Actor John Abraham was spotted in his Batla House avatar recently where he reached an event promoting housing for all.

“A lot of people have complimented me on the moustache and everyone thinks I am going to arrest them because I look like a cop,” guffaws John who plays the role of DCP Sanjeev Kumar Yadav in Batla House, which is based on a real-life incident.

The actor adds that the film is still being shot. “We have not completed the shoot as yet. It is one big schedule,” he says about the film, which is being directed by Nikhil Advani and is slated to release on Independence Day later this year.

John’s next release, however, will be Romeo Akbar Walter (RAW), which comes in a few months from now. “The film is looking fantastic, we are going to release on April 12,” says the Satyamev Jayate actor.

John was also seen signing autographs for children at the event, unlike these days where everyone mobs stars for selfies rather than autographs. “I am not really someone from social media so I don’t know much about posting selfies. But then, it was a good feeling in those days when people approached you for autographs,” says the actor.

John also urged other stars to come and pitch in for social causes.

“I think it is very good if more people sign up to support social causes. It is good for the country,” he says.