The movie, considered to be a romantic film, is slated to release on 13th April. 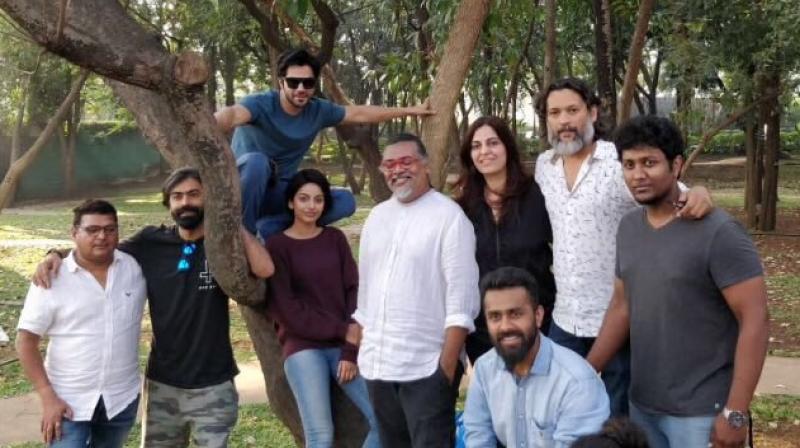 Mumbai: Varun Dhawan is juggling between his movies ‘Sui Dhaaga’ and ‘October’.

Very recently the actor made a pillow for himself as a part of ‘Sui Dhaaga’s prep, and today he shot for ‘October’s poster.

The shot was special for him because it was the first time he shot in natural light. The actor shared a photo of him and his crew from the shoot, where he is seen sitting on, rather trying to jump from a tree. Here’s the picture:

First time shot a film poster in complete natural light just surrounded my nature and realness. Hope what i have gone through in this film comes alive for everyone soon. #October13thApril pic.twitter.com/rlCs9TzrIU

Unfortunately neither his director Shoojit Sircar nor co-actress Banita Sandhu can be seen in the picture.

The movie, considered to be a romantic film, is slated to release on 13th April.