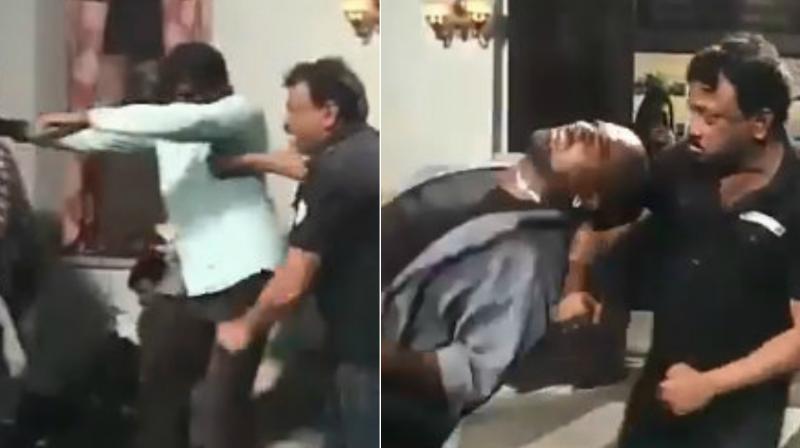 Stills from a video Instagrammed by Varma.

Varma's latest publicity gimmick to promote his film is rather bizarre. In the video, the director is seen fighting with 'imaginary protestors'.

The 'Sarkar' director captioned the strange video as, "Me beating the shit out of imaginary protestors of @mia_malkova ‘s #GodSexTruth".

'God, Sex And Truth' is releasing a day after Sanjay Leela Bhansali's controversial period film 'Padmaavat', which is featuring in headlines due to the protests against the film.

It is going to be interesting to see how people react to Varma's latest creation.