The court has agreed to hear on Tuesday the plea against the movie which is set to be released on January 25. 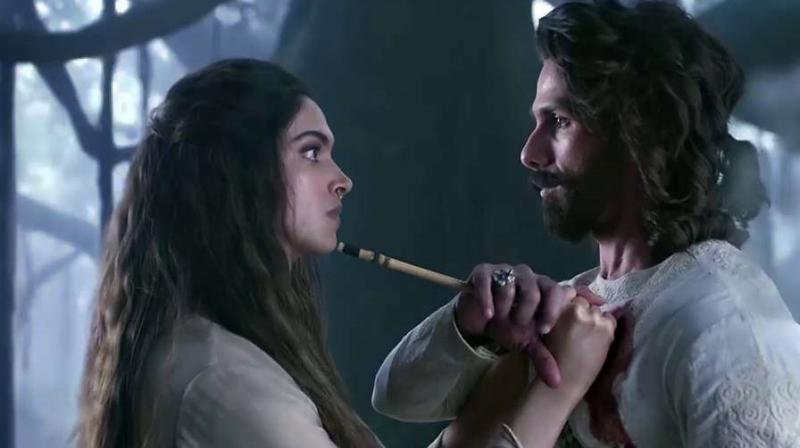 'Padmaavat' has been embroiled in controversies ever before the shooting started.

New Delhi: Rajasthan and Madhya Pradesh on Monday moved the Supreme Court seeking recall of its January 18 order by which controversial Bollywood movie 'Padmaavat' was allowed to be released in theatres across India on January 25.

A bench comprising Chief Justice Dipak Misra and Justices A M Khanwilkar and D Y Chandrachud agreed to hear on Tuesday the interim applications of both the states seeking modification of the apex court order allowing exhibition of the movie.

The states claimed that section 6 of the Cinematograph Act empowers them to stop exhibition of any controversial movie on the grounds of possible violation of law and order.

Senior advocate Harish Salve, appearing for Viacom 18 the producers of the Deepika Padukone-starrer, opposed urgent hearing on any such interim applications.

The court, however, agreed to hear the applications on Tuesday.

The Supreme Court had on January 25 paved the way for the nationwide release of 'Padmaavat' by staying the ban on its screening in Gujarat and Rajasthan.

The apex court also restrained other states from issuing any such notification or order banning the screening of the movie.

The film, starring Deepika Padukone, Shahid Kapoor and Ranveer Singh in lead roles, is based on the saga of historic battle of 13th century between Maharaja Ratan Singh and his army of Mewar and Sultan Alauddin Khilji of Delhi.

Haryana and Madhya Pradesh governments have not issued any formal order but had stated that they would not allow the exhibition of the film.

Maintaining that states were under constitutional obligation to maintain law and order, the apex court had said that this duty also includes providing police protection to persons who are involved in the film, its exhibition and the audience watching it.