Chandra also put a clip of the actor at the BigBoss house where he is seen commenting on Bhojpuri language. 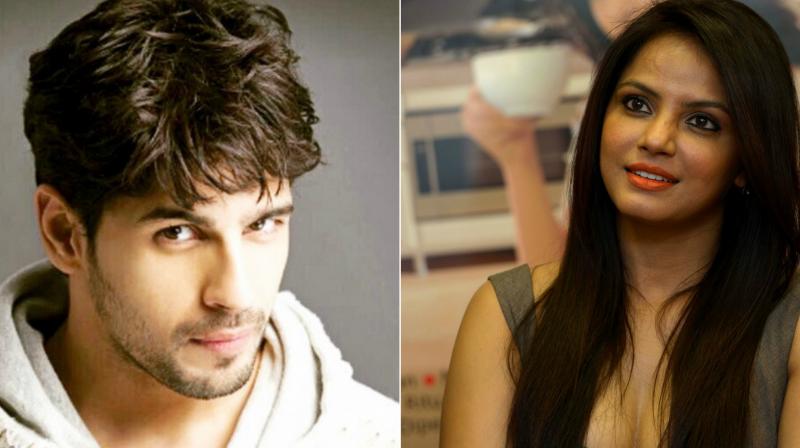 Mumbai: Actor-Producer of Bhojpuri films Neetu Chandra hits out at Sidharth Malhotra on social media saying that he should be ashamed for making such derogatory statements against Bhojpuri language.

Neetu tweeted, "So disappointed @S1dharM someone who is so fortunate to work with best. Who despite being an outsider has made a name for himself, for you to use your words so loosely to disrespect Bhojpuri on national Television. Shocked! How on earth does speaking Bhojpuri gives you a latrine feeling. Shame on you."

So disappointed @S1dharthM some1who is so fortunate 2 work wd d best. Who despite being an outsider has made a name 4 himself,4 U 2 use ur words so loosely.2 disrespect #Bhojpuri on national TV. SHOCKED! How on earth does speaking in #Bhojpuri gives u a latrine feeling.Shame on U pic.twitter.com/dQqarHZRqM

Neetu Chandra also put a clip of Sidharth Malhotra at the Big Boss house where Sidharth Malhotra is seen commenting on Bhojpuri language and saying that when he speaks in Bhojpuri he feels as if he is in washroom. In the tweet, Neetu Chandra has said that she is shocked to see how someone could degrade one of the oldest languages of India. She made her feelings amply clear in her tweet.

Post this incident, Sidharth apologized to the actress and people in general for hurting their sentiments. He tweeted:

I recently tried speaking a new language while I was on a TV show. In the process if I inadvertently hurt anyone's feelings or sentiments, I apologise and assure you that no disrespect was meant in any way.