Dutt’s the way: Ranbir and Sonam announce Dutt biopic wrap in the most classic way

Dutt biopic, a story on Bollywood actor Sanjay Dutt’s life, is slated to release on June 29th this year. 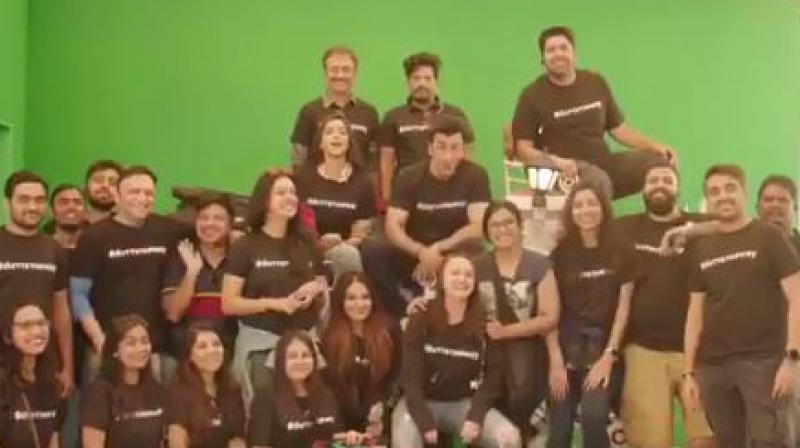 Mumbai: Ranbir Kapoor’s Dutt biopic has been the talk of the town since a long time. The movie, which went on floors in February last year, has now wrapped up in the classiest way possible.

The whole team has been flaunting their tee ‘Dutts The Way’ since a long time, and now they have announced the wrap in a similar fashion.

Ranbir Kapoor sings “Dutts The Way” and Sonam Kapoor continues “I like it”. Rajkumar Hirani then announces, “It’s a wrap” which gets everyone cheery.

In case you still haven’t got it, the team was inspired by the song “That’s the way (I like it)” from KC and The Sunshine band.

And here’s the original song:

Ranbir and Sonam made their debut in Sanjay Leela Bhansali’s ‘Saawariya’ in 2007, post which the two haven’t worked together up until now.