Dulquer Salmaan to romance Sonam Kapoor in the film adaptation of The Zoya Factor?

In August last year, Sonam had put out a tweet where she confirmed her part of the project. 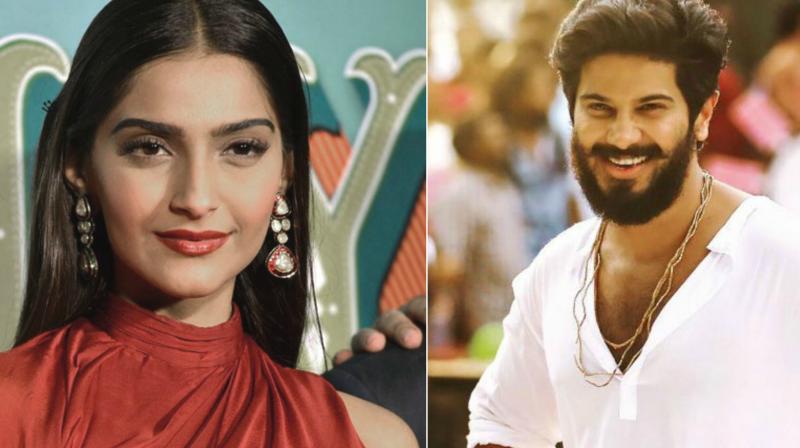 Mumbai: Sonam Kapoor has been roped in to play the main protagonist in the movie adaptation of the best-selling novel, The Zoya Factor. And now it looks like the makers have found the male lead in handsome Malayalam star, Dulquer Salmaan.

As per a report in Mumbai Mirror, Dulquer Salmaan has been roped in to play the male lead in the movie. A source close to the project revealed, “It’s an interesting character and Dulquer has liked the script. While he has committed to the project he is yet to sign on the dotted line.”

In August last year, Sonam had put out a tweet where she confirmed being a part of the movie. “Super excited to work with amazing sister duo, Aarti and Pooja Shetty, with the brilliant Abhishek Sharma on Anuja Chauhan’s Zoya factor (sic),” she had tweeted.

The novel revolves around a girl Zoya Singh Solanki, born on the exact moment India had won the 1983 cricket world cup. The Indian cricket team starts considering her a lucky charm leading up to the 2010 world cup win of the team.

Sonam Kapoor is currently busy promoting her next release 'PadMan' and wrapping up her home production 'Veere Di Wedding'. On the other hand, Dulquer's is excited about his first Bollywood movie 'Karwaan', that also stars Irrfan Khan and Mithila Palkar. The film is releasing some time this year.