Kangana is racing against time to make sure that Manikarnika releases smoothly on January 25th 2019. 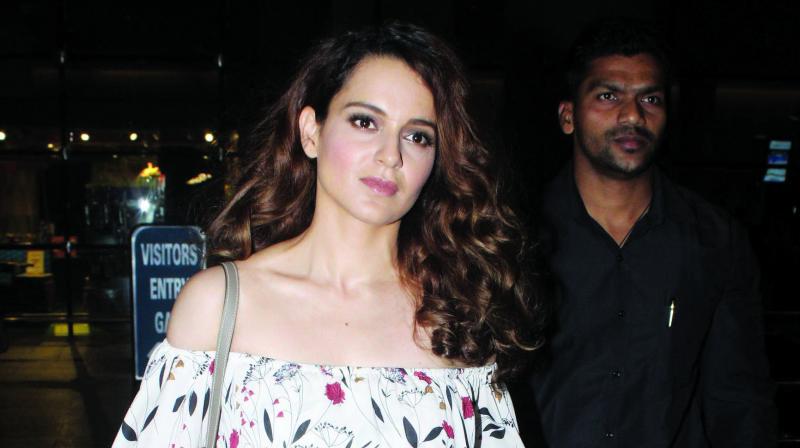 Mumbai: Kangana Ranaut, who plays the pilot role of Rani Lakshmi Bai in the film, took over the helms and reigns of direction of Manikarnika half way to finish the last schedule of the film.

The actress has been racing against time to make sure that Manikarnika releases smoothly.

The source mentioned, "Kangana aims to finish it in time. Although she's quite satisfied with her team's work, she wants to give it her 100%".

The "Queen" of Bollywood has been shooting in Bhopal since a week to finish her 20 day shooting schedule for Ashwiny Iyer Tiwary's family drama Panga that's based on Kabaddi.

Kangana has been shuttling and juggling back and forth between Mumbai and Bhopal simultaneously for post production of Manikarnika and shoot of Panga as her presence is required for both the films. Now she has started using technology to save her time.

The source said, "Kangana spends one and a half hour on skype everyday after shoot of Panga. She discusses the VFX, the background score, music and sound, which are of prime importance at this stage. Kangana interacts with different groups involved in the process through Skype, FaceTime or video call."

We've also heard that there will be 7 songs in the film including those that will be played in background. "The tracks have been recorded, but they're now in mixing process. Some of them are completely ready while others are in the process. Even the dubbing of different artists has started. For instance, the British soldiers will have a distinct accent while those shown in East India Company will have a different one. Kangana is looking into every small detail for this historical," added the source.

Manikarnika: The Queen of Jhansi releases on January 25th 2019.