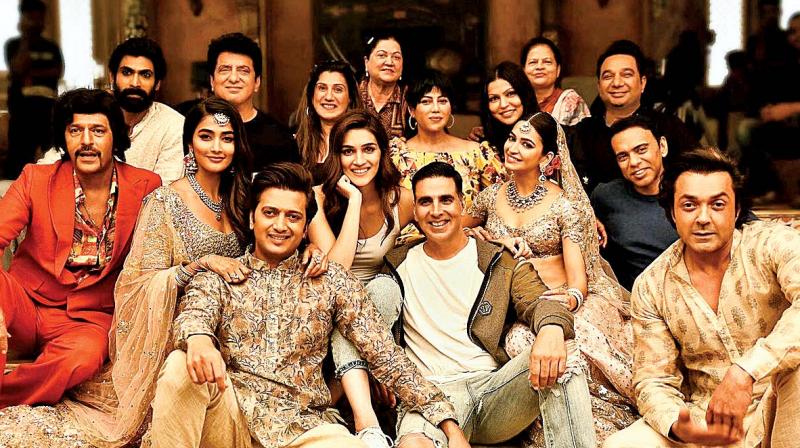 Akshay Kumar wrapped the shoot of his forthcoming comedy film Housefull 4. The film was in the news when veteran actor Nana Patekar chose to quit the project following allegations of sexual harassment levelled against him by Bollywood actress Tanushree Dutta.

Akshay, who plays the lead star in the fourth instalment of the Housefull series, shared the news on Twitter with a picture of entire star-cast. The Khiladi Kumar wrote, "While we have called it a ‘wrap’ for #Housefull4, fun never ends..See you all in 2019!”

Housefull 4 received a string of bad news lately, all thanks to the #MeToo movement. Nana Patekar and Sajid Khan were sacked from the movie due to sexual harassment allegations on them and a female dancer accused men of misconduct on the sets.

The film witnessed a major reshuffling after director Sajid Khan, also was accused in multiple #MeToo stories, replaced by Farhad Samji, who previously helmed Housefull 3. ‘Baahubali’ star Rana Daggubati replaced Nana Patekar at the last moment. The actor will reportedly be seen playing a role of ghazal artiste in the madcap comedy.