Inaaya is close to me: Soha Ali Khan

Soha also reveals that she often plays peacemaker between Saif and their mother Sharmila Tagore. 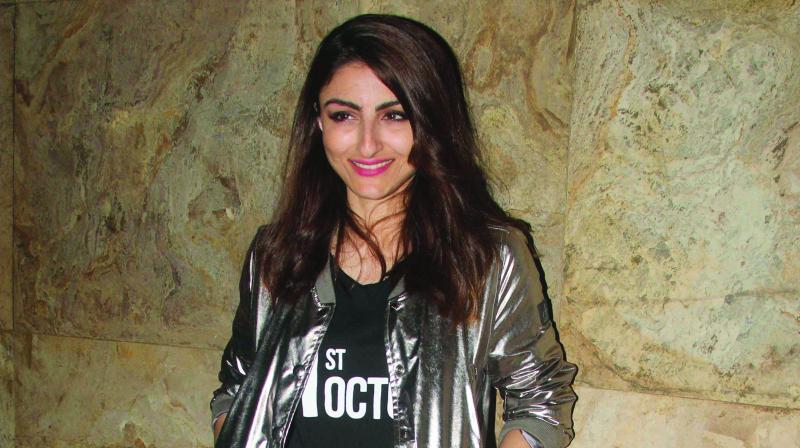 Soha Ali Khan is certainly a homely personality, as reflected by her love for her family as well as her professional commitments. The Rang De Basanti actress, who has been playing the role of a mother in real life talks about her relationship with her daughter.

“Inaaya is very close to me, but I can see the bond between her and her father. Usually, when the daughters grow then they get attached more to their father’s. And …I can also see they are having a great time without me also. There was a time when she could not be without me, but now she is really happy and bonds well with her father. She does not look for me as much she looked for me while she was younger,” shares the mother.

While Soha is the disciplinarian, Kunal Kemmu is the ‘fun parent’, she reveals. “He keeps narrating stories, does puppet shows, plays games, and throws her around at times, which is when my heart is in my mouth. I do all the dirty work, I keep shouting and all the strict stances come up from me,” she adds.

Looking back at her relationship with her brother, the actress says she would often accompany him to set when she was young. “I would be so scared when he would dress up like this, and sometimes he would come home dressed in the same way. I was also fascinated by his costumes, and that’s how my association with him is. I feel that he is always ready to take risks; he never likes to look a particular way. He does things out of the box, and it’s a commitment from an actor to dress up like that every day and become that character for so long. I am personally very excited to watch his film now,” she gushes.

Soha also reveals that she often plays peacemaker between Saif and their mother Sharmila Tagore.

“They disagree about home decorating especially. I think that argument will always continue to be there, they will never be on the same page about it. So I have always been patching things for them, I patch things even now, and I will be patching up things up for a very long time,” she laughs.