Entertainment   Bollywood  21 Oct 2018  Hrithik Roshan is not in talks for Rohit Dhawan’s next directorial
Entertainment, Bollywood

There has been immense speculation about Sajid Nadiadwala roping in Superstar Hrithik Roshan for his next commercial entertainer. 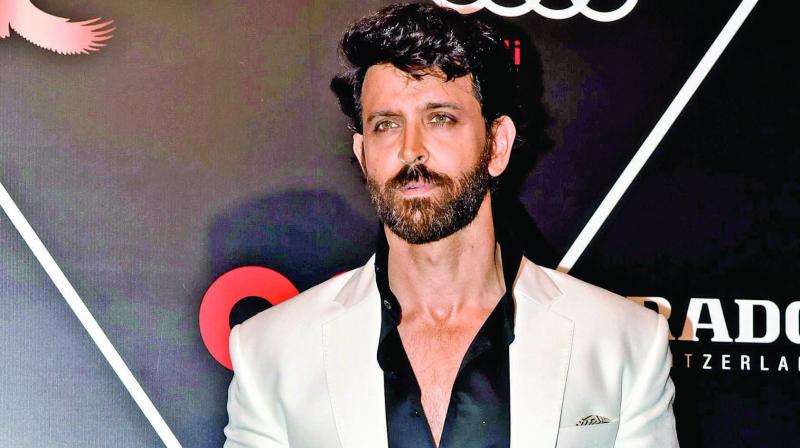 Mumbai: Speculations galore claiming that Hrithik Roshan has signed Sajid Nadiadwala's next directed by Rohit Dhawan. However, sources close to the project deny the rumours.

Sources share, "Rohit Dhawan has just locked the script of the film, the casting process hasn't even begun yet."

There has been immense speculation about Sajid Nadiadwala roping in Superstar Hrithik Roshan for his next commercial entertainer. Fans and cinegoers have been high on excitement with rumours of the blockbuster production house Nadiadwala Grandson Entertainment signing pan India audience's much love Superstar Hrithik Roshan, after delivering 2018's most loved action entertainer Baaghi 2.

While the producer - actor duo coming together will be a treat for cinema lovers, truth is that Rohit Dhawan has just finished working on the script.

The makers Sajid Nadiadwala and Rohit Dhawan are still to discuss the casting of the film and as of now there is not actor that has been approached for the project.

While the prolific producer Sajid Nadiadwala is juggling the pre production of films like Housefull 4, Kalank and Chhicchore while overlooking the post production of Hrithik Roshan's Super 30, the team of Sajid and Rohit Dhawan are still to lock the casting for their upcoming collaboration.

The film will mark to be 2nd collaboration between Rohit Dhawan and Sajid Nadiadwala after the much loved entertainer Dishoom.

Hrithik Roshan on the hand is currently shooting for his upcoming action flick alongside Tiger Shroff in Italy, the actor will then get on to the post production of Super 30.