Entertainment   Bollywood  21 Sep 2018  For Hrithik ‘original Khan’ is not SRK, Salman, Aamir but who has Sussanne connection
Entertainment, Bollywood

For Hrithik ‘original Khan’ is not SRK, Salman, Aamir but who has Sussanne connection

The actor took to Twitter recently to talk about the ‘original Khan’ and the story ‘he has to tell’ to the world. 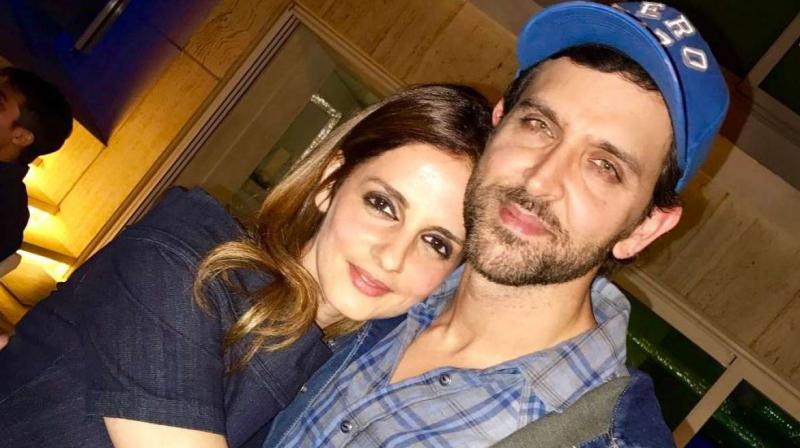 Hrithik Roshan and Sussane Khan were married for 14 years before their divorce.

Mumbai: The three Khans, Shah Rukh, Salman and Aamir, have ruled the film industry in style for over two decades, and it’s obvious that the trio are the first names to spring to mind if someone talks about a ‘Khan.’

Not for Hrithik Roshan, who believes none of them is an ‘original Khan’, but keeps that name for another actor, who’s someone he is or rather was related to.

As the yesteryear actor geared up to launch his upcoming book, Hrithik took to Twitter to share the first look of the ‘story he has to tell.’

He is the original Khan and what a story he has to tell. Sanjay Khan's autobiography is going to be out soon. Here's the first look of his autobiography titled 'The Best Mistakes of My Life' https://t.co/5PwmB8pYzJ @TBMOMLbook #bestmistakes @penguinindia

The camaraderie between Hrithik and Sussanne is well-known; the ex-couple keeps hanging out together for movies, dinners and vacations with their sons Hrehaan and Hridhaan, often sparking rumours of a remarriage.

But the actor also shares a great equation with the interior designer’s family. Sussanne’s brother Zayed is often spotted at their outings as well and few weeks ago, Hrithik was also seen arriving at an Eid party hosted by Sanjay Khan.

Hrithik and Sussanne have once again proved that a split in relationship doesn’t necessarily mean putting a full stop with each other, or their families.