Badhaai Ho: Ayushmann’s reaction on mother’s pregnancy is too hilarious in 1st song

The song aptly describes his plight and embarrassment owing to his parents' active sex life and the consequences of it. 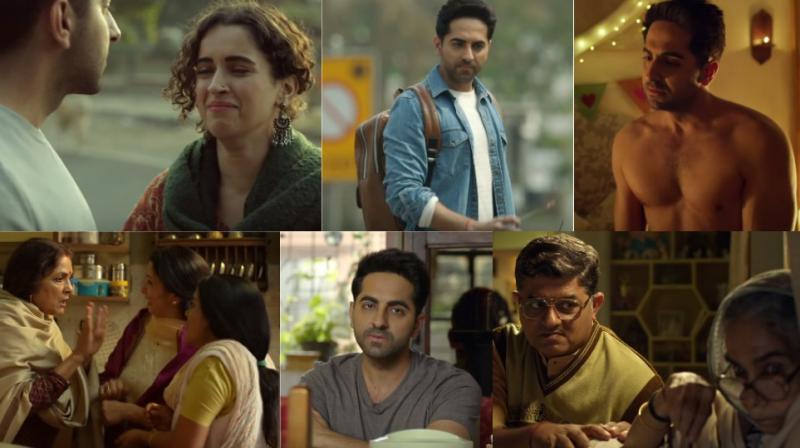 Screengrabs from the song 'Badhaiyaan Tenu' from ‘Badhaai Ho.’

New Delhi: After creating hype with its trailer last week, the makers of 'Badhaai Ho' have now released the first song from the quirky comedy.

Tilted 'Badhaiyaan Tenu', the song is a package of groovy beats in which lead actor Ayushmann Khurrana aptly describes his plight and embarrassment owing to his parents' active sex life and the consequences of it.

Sung by Brijesh Shandailya, Romy and Jordan, the lyrics of the song have been penned by Vayu.

The trailer of Ayushmann-Sanya Malhotra starrer promised a fun ride with some rib-tickling comedy with the big news about the pregnancy of Ayushmann's mother, played by actor Neena Gupta.

The comedy, which is helmed by 'Tevar' director Amit Sharma, is slated to release on October 19.