The actor has undergone a lot of struggle to overcome his stammering problems. 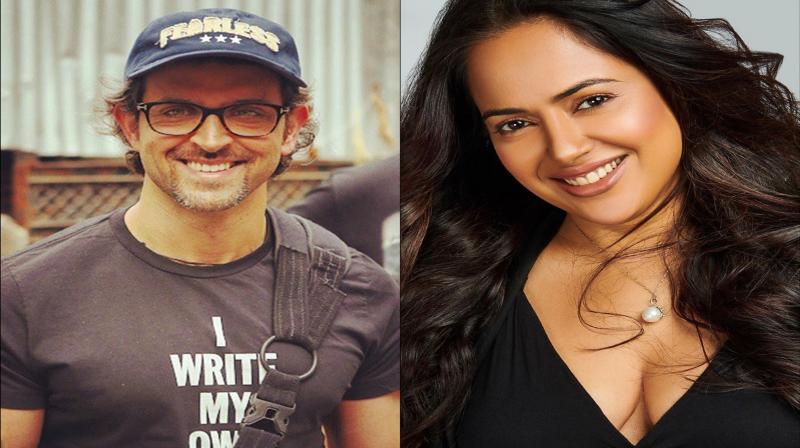 Mumbai: Superstar Hrithik Roshan who recently treated the audience with his blockbuster film, 'Super 30' has also helped his co-actors in real life, one of them being actress Sameera Reddy who has shared her lovely experience on how the Millennial superstar helped her overcome her struggles with stammering!

Hrithik who himself faced several hardships in life and has overcome them successfully had helped Sameera Reddy overcoming her stammering problem with a sweet gesture. The actor gifted Sameera a book which helped her overcome her issue.

The actor has undergone a lot of struggle to overcome his stammering problems including practicing his speech and taking speech therapy sessions.

Sameera recently shared, "Due to my stammering problem, I would hesitate to speak in front of others, and (would hesitate) going for auditions thinking that people would judge me. Hrithik, being the sweet and caring person, noticed this and gave me a book that changed my life. It helped me overcome my fear. Gradually, I started noticing changes in my speech".

Hrithik Roshan has not only overcome his stammering problem but has also spoken in different accents. The actor recently was seen speaking in Bihari accent in Super 30 and even got rave reviews for the same while charting all the success with Super 30!

Hrithik Roshan and the team of ‘Super 30’ is currently basking in the success and glory of the film as the film has had an immensely successful run at the Box Office. The film which released on 12th of July has completed a month and a week more and the film is still running smoothly in the theatres.

The movie has proved to be an inspiration and adding on to the massive hit, the governments of nine states of Rajasthan, Bihar, Uttar Pradesh, Haryana, Maharashtra, Delhi, Assam, Gujarat and Jammu and Kashmir, announced it as a tax-free movie. Super 30 unfolds the life of Bihar-based mathematician Anand Kumar, who trains a batch of 30 students 'Super 30' for the coveted Indian Institutes of Technology (IIT) entrance exam every year.

The film has received outstanding reviews from the audience and more so, the film's inspirational storyline with the most entertaining trajectory has won the hearts of one and all around the country, showing a phenomenal growth with the numbers at the box office. From Vice President of India to Rajasthan's Chief Minister, Super 30 has been hailed by several Indian politicians as a must watch.