Entertainment   Bollywood  21 Aug 2019  Here's what happened when Big B asked contestant the full form of PUBG on KBC 11
Entertainment, Bollywood

Amitabh Bachchan asked many interesting questions to him but one question put contestant Vivek Bhagat into difficulty. 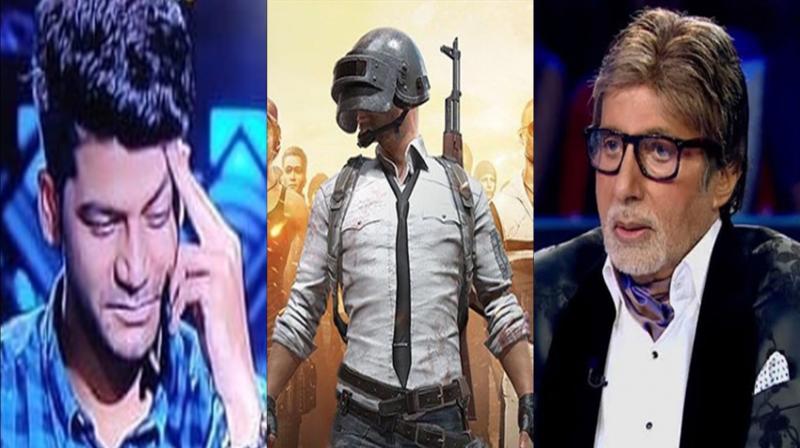 Mumbai: Amitabh Bachchan hosted Kaun Banega Crorepati aka KBC season 11 has just begun and as expected it has started creating a buzz amongst the audiences. After all, KBC is the show where viewers get knowledge as well as entertainment. However, in the second episode, Big B came across a hilarious moment.

Well, the show premiered on Monday, August 19 and last night, the second episode which aired has started trending on social media just because of contestant Vivek Bhagat. Interestingly, Amitabh asked many interesting questions to him but one question put Vivek Bhagat into difficulty as he had to take a lifeline to save himself from getting the answer wrong. Do you what was the question?

Big B asked, "What is the full form of the multiplayer game PUBG?". Well, this question is directly related to today's young generation who is completely engulfed in PUBG fever. But confused with this question, Vivek decided to use his lifeline - audience poll. Notably, 92 per cent of the people, who were present in the studio, chose PUBGs full form as Player Unknown's Battlegrounds. Vivek later chose to go with the audience which was a correct answer and saved himself.

But sadly, Vivek later failed to create his mark went on to win the sum of Rs 10,000 only. On the other hand, the question of PUBG started trending on social media.