Ajay and I have similar working styles: Emraan Hashmi

He says there is less discussion, they just jump into the scene and act and then ask the director if he wants anything else. 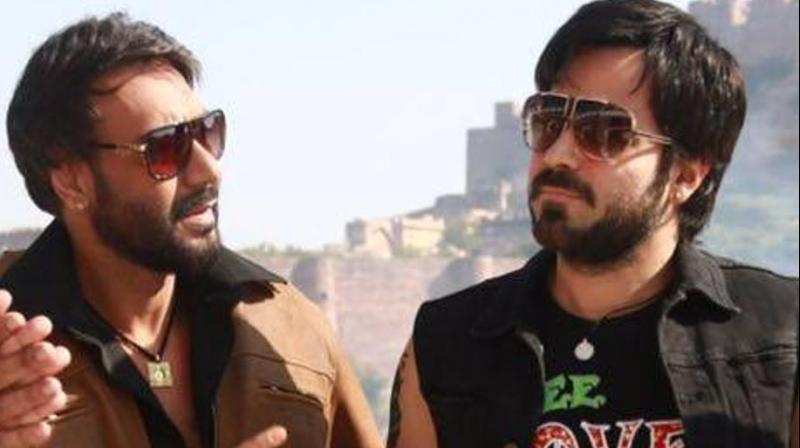 Mumbai: Emraan Hashmi says after working with Ajay Devgn, he realised that both of them are on the same page when it comes to their acting styles.

'Baadshaho' marks the reunion of Emraan, Devgn and director Milan Luthria, after 'Once Upon A Time in Mumbaai'.

In an interview to PTI, Emraan says, "Ajay and I have the same process (of acting). There is less discussion, we just jump into the scene and act and then ask the director if he wants anything else. Some actors like to discuss endlessly and I am not one of them.

"And I am happy Ajay and are on the same page for this, we act first and then think if anything more needs to be incorporated. There was no inhibition or fear working with him," says the 38-year-old actor.

The 'Jannat 2' actor says the period heist action thriller has enough work for the actresses also.

"In heist films, every character has something to offer. It was important that each and every character in the film has his or her own motivations, goals and reasons and it is true to the girls as well. They are not there just for being the eye candy," he says.

The film is scheduled for a worldwide release on September 1.