Entertainment   Bollywood  21 Jul 2020  'B grade stars' Taapsee, Swara give it back to Kangana
Entertainment, Bollywood

'B grade stars' Taapsee, Swara give it back to Kangana

Both Taapsee and Swara responded to Kangana’s attack. Taapsee gave a witty response to Kangana’s remark on twitter 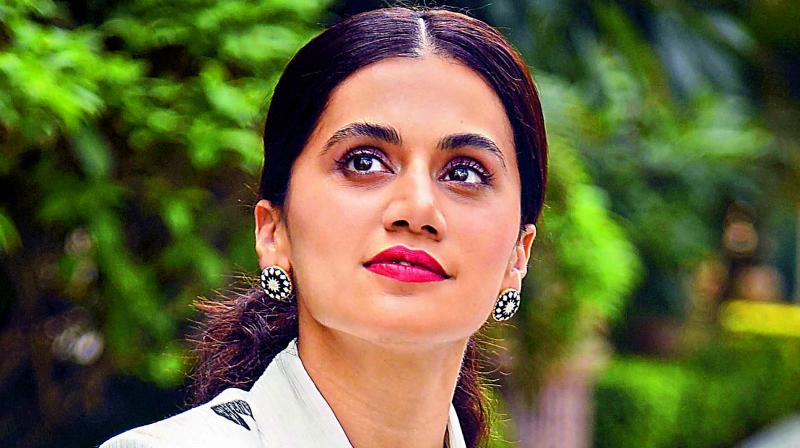 In recent times, Kangana Ranaut has bashed almost everyone in the industry with her strong remarks.

While she has already been making headlines for accusing Karan Johar and Mahesh Bhatt after the demise of Sushant Singh Rajput, she has resurfaced lamenting Swara Bhasker and Taapsee Pannu.

In a recent interview, the Queen actress called Swara and Taapsee ‘B grade actors’. She went on to state that they both like Karan Johar and despite looking better than Alia Bhatt and Ananya Panday, aren’t getting much work.

Swara too took to twitter calling Kangana’s comment a compliment. “Needy outsider — B grade actress (But) — better looking & better actor than Alia Bhatt & Ananya!” Net net I think this was a compliment! Thanks Kangana! I think u are gorgeous, generous & a great actor! Shine on(sic),” tweeted the Rasbhari actor.
Kangana even called Alia’s Gully Boy ‘mediocre’, to which the Raazi actress took to her Instagram and shared a quote.

“The truth is the truth, even if no one believes it. A lie is a lie even if everyone believes it,” her note read. This note comes days after Alia had shared a message which read, “Silence says a lot more than you think.”