Katrina Kaif has Salman Khan by her side

According to sources, the actor has taken it on himself to bring Katrina’s career back on track. 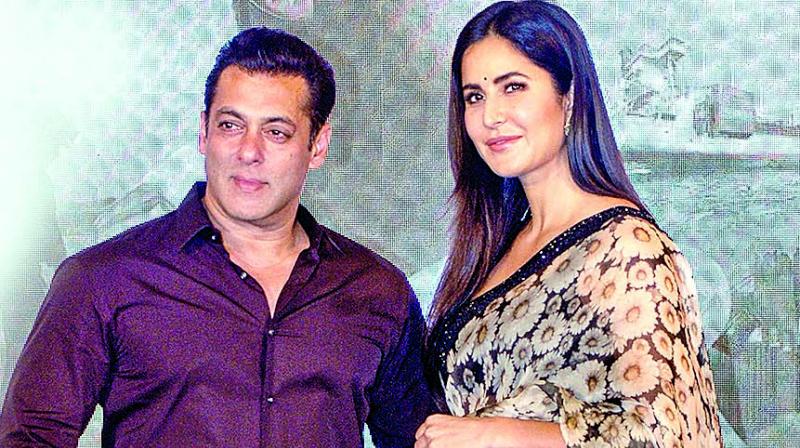 Till some time ago, Katrina Kaif hasn’t been having the best time, both professionally and personally. Her two consecutive thundering flops with the two other Khan superstars had made the doomsday prophets secretly predict another flop with the third Khan superstar.

But the record-shattering opening of Bharat has put an end to such superstitious swipes, bringing to an end the abysmal innings Katrina had in her last two films. And apparently, Salman is happier for Katrina than for himself. A buddy of Bhai says the superstar was more worried about the success of Bharat on Katrina’s behalf than himself. “Career-wise, things were not going well for Katrina. The tides have turned with Bharat. Nobody will call her a jinx anymore and that is a big relief to Bhai.” The two go back a long way and have reportedly dated each other in the past, though they have never publicly acknowledged it. And who better than Salman to hold her hand when things were not going according to the plans?

Apparently, Salman has been recommending Katrina to every filmmaker who is working with Salman. Among them are Sanjay Leela Bhansali and Sajid Nadiadwala who were advised to consider Katrina in Inshallah and Kick 2, respectively. While Bhansali has turned down the suggestion, Nadiadwala one hears, may in all probability cast Katrina who doesn’t want to be repeatedly cast with Salman. But what can be done if her films with Salman are hit while the ones with other superstars get left behind?