Working with Arjun was an emotional experience: Anil Kapoor on Mubarakan

The 'Slumdog Millionaire' actor wants the upcoming wedding comedy to be his nephew's best film till date. 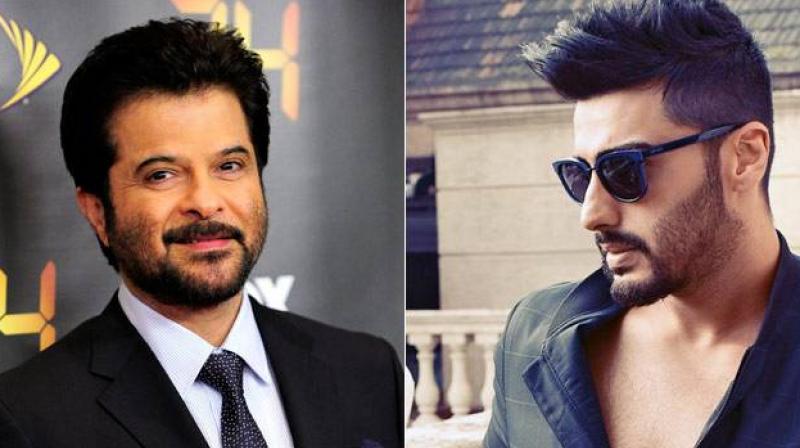 Anil Kapoor and Arjun Kapoor are working with each other for the first time in 'Mubarakan.'

Mumbai:  'Mubarakan' has been creating the right noise since its announcement as Chacha Anil Kapoor and Bhatija Arjun Kapoor will come together for the first time on the silver screen.

Talking about the same atthe trailer launch, Mr. India of Bollywood said working on the film with Arjun has been an emotional experience for him.

"It has been an emotional and a wonderful experience. I want 'Mubarakan' to be Arjun's best film," Anil said.

The event was a star-studded affair as the whole cast of the film including Anil, Arjun, Ileana D'Cruz and Athiya Shetty marked their presence.

The 'Half Girlfriend' star, who will be seen as Charan Singh and Karan Singh, talked about the complexity of playing a double role.

"It is difficult to do a double role in this genre. I was apprehensive and nervous to get the performance right. I have spent more time talking to myself. If you watch the making you would think I am mad. It was complex and complicated," Arjun said.

Kartar Singh aka Anil Kapoor shared the trailer on Twitter and wrote alongside, "Welcome ji Welcome! The Singhs are here to take u on an adventure! Enjoy the ride! #MeetTheSinghs #MubarakanTrailer"

The trailer brings forth the confusion that prevails in the crazy Singh family. The one to have a solution for everything is Kartar Singh who outshines Arjun in the trailer.