Entertainment   Bollywood  21 Jun 2017  Watch: Kajol and Dhanush give glimspe of their chemistry in VIP 2
Entertainment, Bollywood

Watch: Kajol and Dhanush give glimspe of their chemistry in VIP 2

The actress, who was missing from the teaser, finally makes an appearance in a making video of 'VIP 2.' 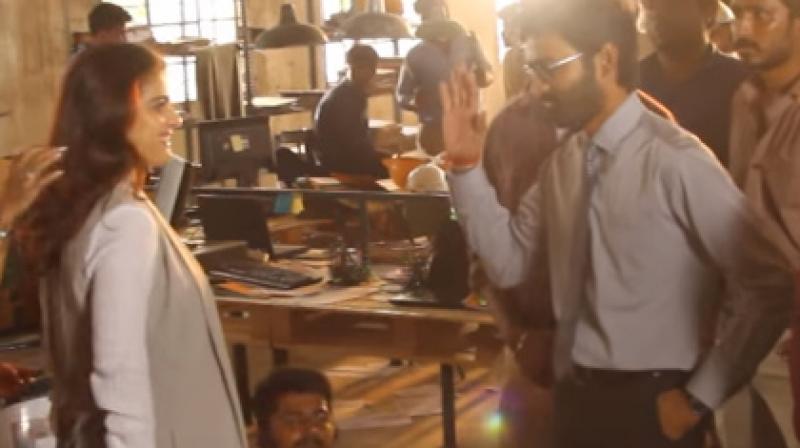 Screengrabs from the making video of 'VIP 2.'

Mumbai: After impressing viewers and earning appreciation for his last film ‘Pa Paandi’, Dhanush is finally ready with his next film.

The multi-talented artiste has only written and produced his next ‘Velaiilla Pattadhari 2’ and handed his sister-in-law Soundarya Rajinikanth the responsibility of helming the film.

With Kajol making her comeback to Kollywood after 20 years, the film has already made noise for the right reasons.

The actress, however, was missing from the teaser that was released earlier this month.

We finally see her now in a new behind-the-scenes video of the film, released by the makers.

We see Dhanush giving a high-five to Kajol on the sets and performing some of the action scenes we witnessed in the teaser.

We also see Soundarya completely in command, calling the shots on the sets, overseeing the action scenes and giving directions to the lead pair.

‘VIP 2’ is gearing up for release on 28 July and also stars Amala Paul among others.