Not without my baby!

Kareena cannot leave the child back home and hence is taking the six-month-old kid along. 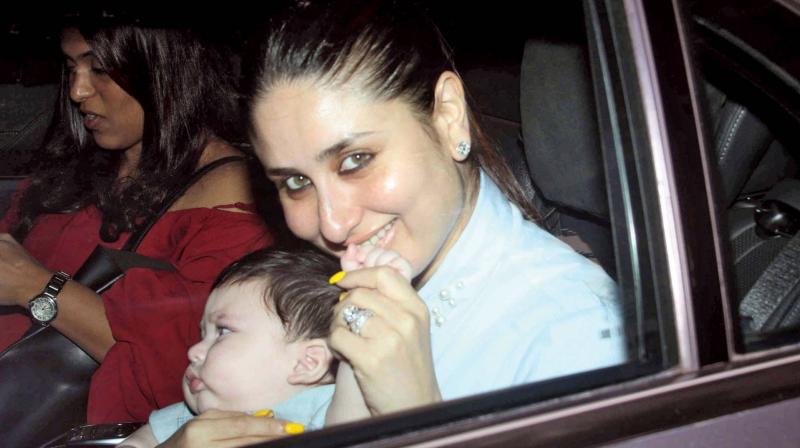 Baby Taimur is all set to accompany mommy Kareena Kapoor Khan for a work trip abroad.

Kareena Kapoor Khan plans to take her son Taimur for his first overseas trip. Taimur will travel with his mother to London, where she has a work assignment awaiting her. Obviously, Kareena cannot leave the child back home and hence is taking the six-month-old kid along.

The shooting of Kareena’s next film Veere Di Wedding is also expected to start in the month of August, and it seems like the little Nawab will be accompanying mommy dearest to the shoots as well.

Kareena, in the meantime, has also decided that she cannot take him along every time she wants to shoot for films and hence has decided to cut down on work. She is not expected to do more than one film in a year.

Typically, Bollywood actresses go on a sabbatical to take care of their baby and avoid working in movies for a while. But Kareena will have nothing of that. Like her close friend Malaika Arora, who quickly got into shape after her son Arhaan was born, Kareena too is working long hours at the gymnasium and doing yoga to get back to her former self as she doesn’t want good film offers to pass her by.

Internet sensation Sumeet Vyas is paired opposite Kareena Kapoor in her next offering.