My girlfriends didn’t like the nickname Badman: Gulshan Grover

Delhi boy Gulshan Grover, who was in the city recently, spoke to us about how the SRCC graduate became the ‘Badman of Bollywood’. 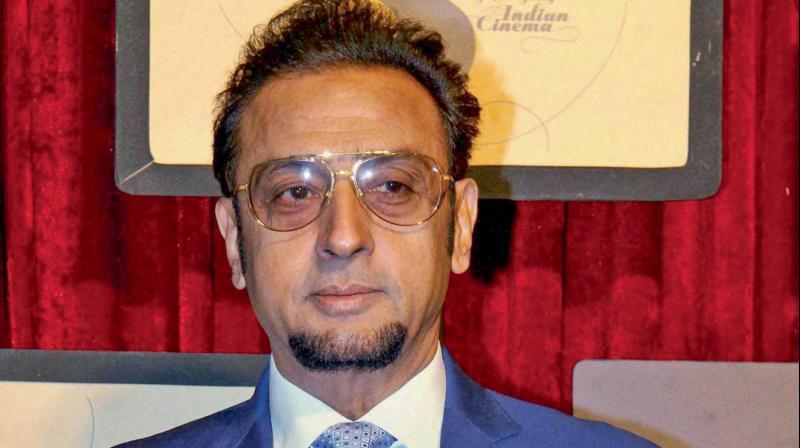 Think of the word ‘Bad Man’, and cinephiles can remember only one person out of many legendary actors who have played antagonists on the big screen over decades and that’s Gulshan Grover. The actor, who was in the city recently, spoke to us about his Delhi and Delhi University days, and owing up the nickname ‘Badman’ with pride despite the image having many unwanted repercussions on his personal life.

Gulshan takes the word as a compliment. “It symbolises what made me a star. I played the opposition to the hero and I made a brand out of that. When people said, tujhe koi aur role  nahi milega, I said, ‘Weak actors worry about typecast’. I consider the word as my acting career’s bachpan ka naam,” he says. But did the nickname or the villainy screen image had any implications on his personal life? He says, “Oh obviously. It created a lot of difficulties in my romantic life. My girlfriends were unhappy with the name as people used to ask them, ‘Why are you seeing him?’ My wife was often asked, Yahi mila tha? Koi hero nahi mila. The stigma stays. Things improve when people see me joking with an actress or sitting with a hero. But somehow I can sense that girls have a certain kind of fear when they are around me. A female journalist may never come to my room to interview me. I’m sure she will bring a photographer along.” (laughs) .

Now Voot’s webseries BAD-man, that is centred on Gulshan’s life and works, is going to various film festivals and the actor exuded a child-like excitement regarding its success. About the film, he informs, “It’s India’s first mockumentary film as the characters are real but the situations are scripted. It is a feature film with four intervals as the viewer will most likely watch it on the web. And I’m  delighted that the film will now be screened in the international film festivals in Moscow and London. The story is about how a legendary villain wants to be a hero.”

On what made him enter the digital space, he says, “I hate all those who keep saying ‘Hamare Zamane Mein’. I think all such people should be kept in a museum. Two eras can’t be compared. Having done so many international projects, I was familiar with the digital space and I never thought of jumping in it so soon. I was ridiculed so much during the film that at many points I wanted to leave the film and slap the filmmakers. There are so many nasty things Farah Khan (who is also in the film) tells me in the film that I wanted to throw her out of the sets. Initially, it was the enthusiasm of filmmakers that gave me the confidence to it and eventually, it turned out to be a progressive product,” says Gulshan and adds, “Nobody understands digital space. The players who have ventured the market are still figuring out who is the audience and what content they want. For instance, Ram Gopal Varma’s web film is billed on nudity. Basically, everyone is trying everything.”

Reminiscing about how he ended up becoming a villain, he says, “A pass out of DU’s Sri Ram College of Commerce like me could have been the RBI director today, but I chose acting. I used to change three buses to come to college, and see rich guys getting down from their cars. But the exposure there opened my eyes and gave me the courage to not run away from obstacles. All odds were against me. I was a regular looking guy trying to be a villain in an industry where you needed  a huge built to be one. I worked really hard to be here and that’s why I am so excited to be an actor even today.” He adds, “Today villains are not larger-than-life. They are like normal people. This change is acceptable because in real life too you don’t really see people who are larger-than-life.”