The first thing you notice is the riot of colours, reminiscent of an era when film posters were hand-painted. 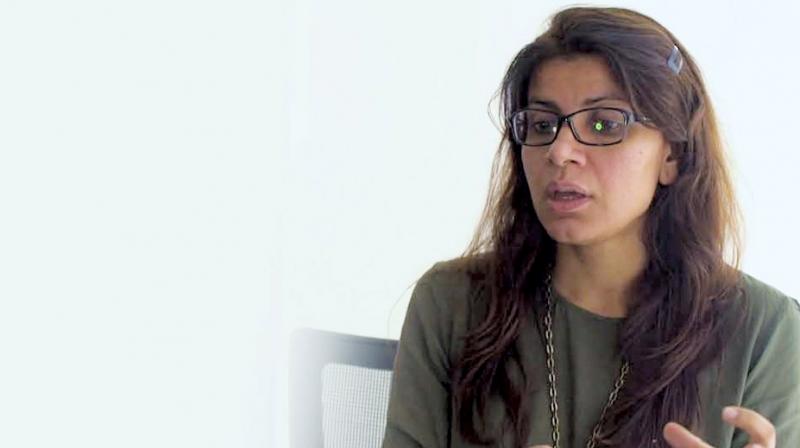 Lipstick Under My Burkha has received global appreciation, but in our country, the filmmakers had to fight a long battle to get the required certification. The riled up director Alankrita Shrivastava has let the in-your-face artistic poster do all the talking.

The first thing you notice is the riot of colours, reminiscent of an era when film posters were hand-painted. And then between the pinks and yellows, you see the red lipstick! The psychedelic poster has the middle finger giving a standing ovation  salute to the male dominated society as subtly as it can. It is a call to all those who believe that women need to be kept under control.

“This unique poster was the brainchild of the marketing team of ALTBalaji Entertainment productions. And it has my consent,” says Alankrita with a grin.

Adding further she says, “It was ridiculous to have to fight such a long battle in court to be able to release this film in our democratic country. We constitute 50 per cent of the population, and yet it is a Herculean task for us to be able to voice our thoughts freely. Right from December to now, till we got the CBC, it was a challenge at every step. And this for a film that has got global recognition. Everyone deserves to see it in its home country and hence we are eager to release it in all the Indian territories.”

“We won’t keep quiet. We will portray on-screen whatever we believe is authentic. If anyone tries to suppress our voices or kill our dreams, we will give them a standing ovation of our middle finger,” Alankrita concludes, with the smile of a woman who walks the talk.