Even as another B’wood hit makes its way up the charts, its similarity to an international chartbuster cannot be ignored. 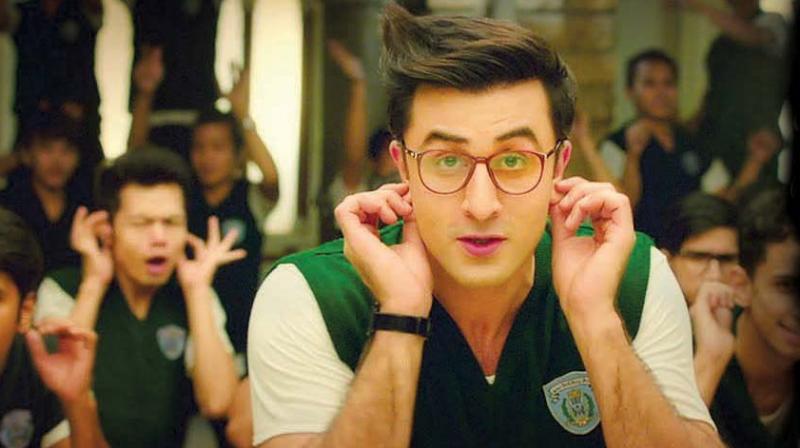 A still from Galti se Mistake

The chronicle of rip-offs and plagiarised songs has plagued B’wood since time immemorial. As the much-awaited musical Jagga Jasoos’ soundtrack was unveiled, music director Pritam was embroiled in yet another controversy.

One of the song, Galti Se Mistake supposedly sounds similar to 3BallMTY’s former club regular, Inténtalo. This, however, is not the first time that the Bollywood composer has been accused of lifting tunes.  It’s interesting to note that despite it all, Pritam continues to remain one of the busiest musicians in Bollywood and so do many other famous music directors like him. On International World Music Day, we try to unearth the cause of the issue and understand why these composers are so popular while the other talented musicians seem to be left waiting in the wings.

Composer Rochak Kohli, who composed the famous Paani Da Rang with Ayushmann Khurrana, feels that it is the fast pace of the industry which leaves little scope for originality, “The industry is highly commercialised, and songs are seldom made to follow creative pursuits,” he sighs. “A composer is expected to churn out 20 tunes within a month, and there are times when the makers themselves give them reference tracks and tell the composers to mould something around it. This is done because they want tunes in a span of two days and have no time to wait.”

While remixing and recreating old songs is a different ball game altogether, lifting complete tunes can’t be forgiven, asserts Humma Humma singer Jubin Nautiyal. “There are 12 notes in all, major and minor, and so many songs are continually being made across the globe. There are chances that a tune can coincidentally match with the other at times and it does happen. I guess listeners end up over-judging at times and it should stop. One, of course, can’t steal the tunes and call it their own. That’s plagiarism and shouldn’t be encouraged,” he shrugs.

Singer Ash King guffaws, “The makers have an idea about how they want the song to shape up. Recycling tunes is not a bad thing. People are even saying Ed Sheeran’s latest hit Shape of You sounds like a Tracy Chapman’s song. I also think it is a malicious system of awarding credit to the music composer alone. He is not the only one responsible for the song, there are music producers involved too, and it should be communicated who is making the song. I also feel that it is more of a singing style that people want to copy. There are no more original voices left, as people are busy copying Arijit Singh’s style of singing.”

From giving composers reference tunes to handing them CDs to remake tracks, filmmakers are equally to be blamed for the shoddy quality of content, reveals a source close to Pritam. “He has often wanted to make original music, but when the moviemakers go to him, they look for quick fixes and remakes. There have been times that he has been asked to do an original score but the filmmaker or producer has only put a CD in front of him and asked him to remake it, saying that they would have gone to some other composer if they wanted a good original number. He’s become known for his quick-fix melodies, and now he can’t step out of that trap,” sighs the source.