Actress Konkona Sen Sharma, who was in the city for the screening of her award-winning debut directorial venture. 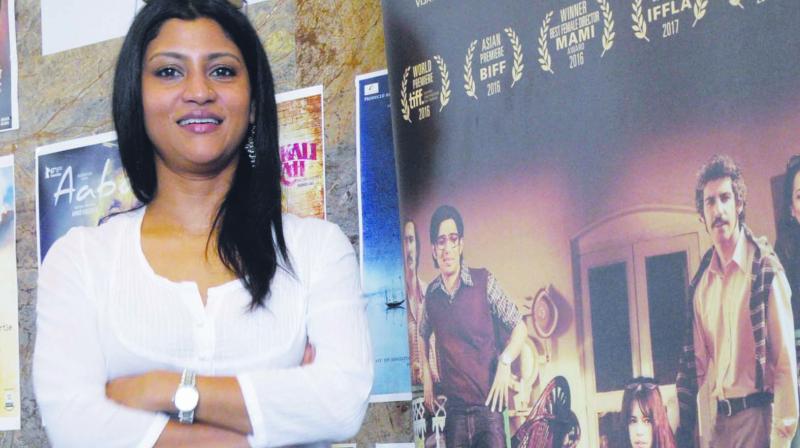 At her very first shot as a director, actress Konkana Sen Sharma managed to grab the best director award for A Death in the Gunj at the New York Indian Film Festival. However, the actress feels that the jury that decides on these awards comprises people with different sensibilities and many deserving people in the industry fail to get their due recognition.

In the city for the screening of A Death… (which is set for release on June 2) on the opening day of Habitat Film Festival at India Habitat Centre, Konkona says that directing a film, or even acting, was never a part of her plan. 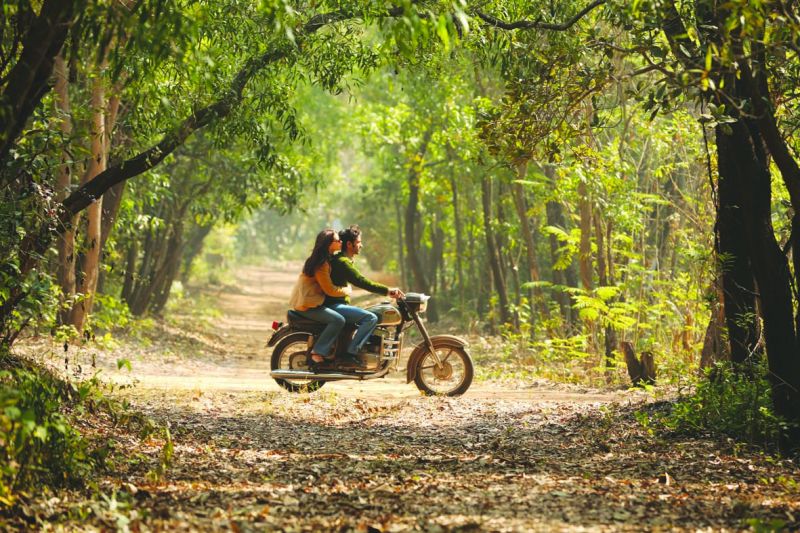 A still from A Death in the Gunj.

She opens up about how she put her parents’ imagined youth on celluloid, why such films — despite winning international acclaim — fail to reach out to the masses, and her take on censorship, especially after the hullabaloo around Lipstick Under My Burkha.

How were the seeds of becoming a director sown?
I never planned to get into acting, or directing. A Death… was a story that my father had written. The essence of the story had fascinated me for a long time. It became bigger in my mind eventually and developed as a full-length feature. I had a sudden realisation like, ‘Oh my God! This could be a movie!’

How close is the film to you?
There’s a lot of my personal self and my family in the film. It’s about recreating my childhood and my parents’ imagined youth in McCluskieganj (Jharkhand) in 1979. I have heard a lot of family anecdotes from them and many funny stories from the area. Some of these stories were slightly more eerie because this is a very remote corner of the world with lots of jungles. These stories stayed with me. Recreating this backward area as it was at that time — without any phones or any connectivity — creating authentic characters and actually living with them was the most challenging and fun part of this film.

Like A Death… even Neeraj Ghaywan’s Masaan received a commendable response at various international film festivals. Yet, the film failed to reach the masses. What do you think is the reason behind it?
That’s because there’s no money with such films. The money to make a film is by and large determined by the stars in the film. Having big stars ensures to the producer that people will come to watch the star. Also, I feel that the audience has to take the ownership that do they not want to watch different kinds of content. And if they do, this process is going to stop. Films like these have limited resources and it is difficult to invest money in promotions, etc.

Does winning awards help fulfil this purpose?
The awards are decided by a certain set of people who may not have the same sensibilities. There are many deserving people in the industry who have not been awarded. Sometimes the most unexpected people end up getting awarded. Awards are not something that one can work towards. But if someone decides to give you an award then it’s great, it’s like a bonus. It helps in spreading the word about the film. I feel grateful that this film was recognised because some of the choices that we make are difficult and are not financially lucrative.

After Lipstick Under My Burkha row, what’s your take on censorship?
Firstly, I’m glad that Lipstick… is going to release soon. It has got an ‘A’ certificate with some cuts, which makes no sense to me. Even A Death… has been given an ‘A’ certificate with some cuts. I don’t understand why we need to censor what adults are watching. Who are we to tell what adults should and shouldn’t watch. They are voting for the government, they are deciding who they want to marry and they can certainly decide what films and what kind of content they want to watch. I don’t believe in this kind of censorship. Moreover, one cannot keep all this in mind while thinking of making a film. While writing, one just wants to follow the gut and the world he/she wants to create through the film.

Lastly, how do you like being in Delhi?
I love being here! I did my college here. In fact, coming to Habitat (IHC) is a great feeling because I always aspired to be a member of the film club here. During my college days, I was completely intimidated by the set up and thought how expensive it must be. It all brings back many memories of those days. I love it here.

Tags: a death in the gunj, lipstick under my burkha, konkana sen sharma