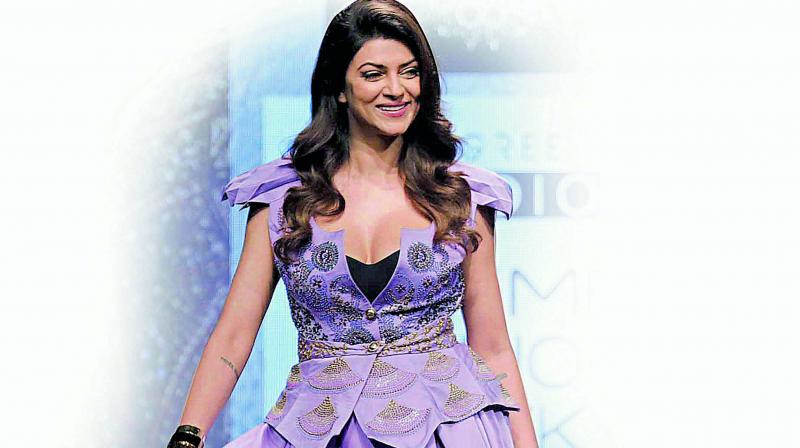 We told you a while ago that Sushmita Sen will soon make a comeback into the limelight  albeit to the digital platform this time with a show called Aarya helmed by Ram Madhvani.

It turns out that the show, which was to come around the mid of May will more or less make it to the screen around the appointed time.

“The show has been directed by Ram as well as Sandeep Modi and Vinod Rawat, both of who have made ad films for Madhvani at Equinox Films. Sandeep has also directed a Marathi film called Chumbak with Swanand Kirkire, which was finally presented by Akshay Kumar. Now the shoot was done in over three months and thankfully it was completed before the lockdown. But the dubbing is pending and everyone on the show, including Sushmita, have been dubbing for the film from home so that they can still try and not delay the planned deadline by too much,” say sources.

A major portion of the show was shot extensively in Marjiva, a small village in Rajasthan’s Nimbahera.

The show is slated to go on air on Amazon Prime. Madhvani had made a very interesting feature film called Let’s Talk in 2002 with Boman Irani, which premiered at the Locarno Film Festival. The filmmaker has won several awards at the Cannes Lions and has only made Neerja as his mainstream Bollywood film till date.