The film starring the much-talked-about duo has gone on floors and will hit theatres on Valentine’s Day next year. 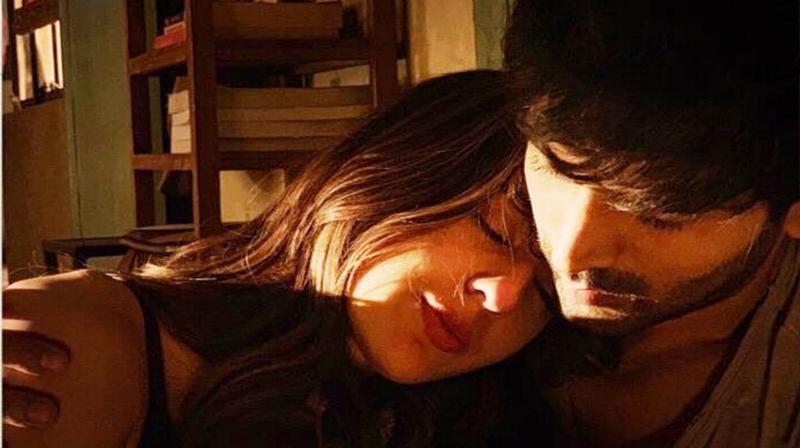 New Delhi: Fans of Sara Ali Khan and Kartik Aaryan have a reason to rejoice as the two actors will be sharing screen space for the first time in Imtiaz Ali’s upcoming untitled venture.

The two actors took to their respective Instagram accounts to share a sun-kissed photograph of them cuddled up on set. “Honored to embark on a journey with my Favourite #ImtiazAli’s Next with @saraalikhan95 💕 and @randeephooda releasing on 14th Feb, 2020 ❤️ #JioStudios @imtiazaliofficial #DineshVijan @reliance.entertainment @wearewsf @maddockfilms 📸 - @imtiazaliofficial ❤️Aur ji haan, issi film ki shooting chalu hai” Kartik wrote alongside the picture.

The film starring the much-talked-about duo has gone on floors and will hit theatres on Valentine’s Day next year. Although Sara and Kartik have not starred together yet, the ‘Kedarnath’ actress has time and again confessed to having a crush on the actor on several platforms, including on the latest season Karan Johar’s talk show ‘Koffee With Karan’.