In an exclusive interview, Siddhant Chaturvedi shared many things about his career, life, upcoming projects and many more. 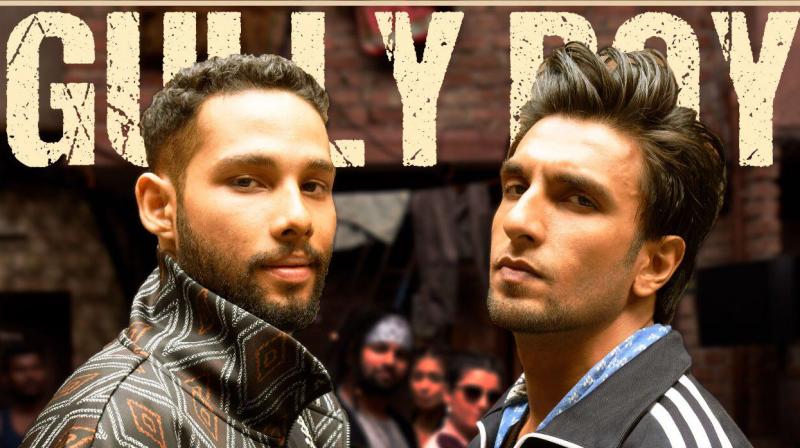 Zoya Akhtar’s directorial venture Gully Boy starring Ranveer Singh and Alia Bhatt making good numbers at the box-office. Many people think that Ranveer is the heart whereas Alia is the soul of the film. However, there is one person who is indeed a backbone of Gully Boy who is none other than newcomer Siddhant Chaturvedi, who played the role of MC Sher in the film. Recently in interaction with Deccan Chronicle, Siddhant shared many things about his career, life, upcoming projects and many more. Excerpts from an interview:

How did you transform yourself from your character Prashant Kanaujia in ‘Inside Edge’ to MC Sher in ‘Gully Boy’?

I think this is my job. Zoya and I had discussed about how MC Sher’s character has to be. I needed to gain muscle for the character. I do enjoy transformations. I really love doing something which is fun.

Were you nervous to match up the energy level of Ranveer Singh during the shoot?

Of course, I was very nervous. I have always been a fanboy of him. I met him for the first time after watching ‘Padmaavat’ at the screening. I have been his fan since ‘Band Baaja Baaraat’. I remember when I was in college, I used to dance on his song, ‘Ainvayi Ainvayi’. Matching steps with him was a surreal experience. He made me comfortable. He is the real ‘MC Sher’ of my life.

You were doing Charted Accountancy (CA) but choose to act in films. So was acting your first preference in your life?

No! It was not. Charted Accountancy was my preference. I come from a middle-class background where we usually don’t have that courage to take the risk. I was doing CA. I hadn’t thought about acting until I was in college. I auditioned for Mithibai College’s drama team and that’s where I gain confidence. But, the actual event that happened was Bombay Times Fresh face, which I won. It gave me an immense amount of confidence to pursue my career into acting field. That was a turning point in my life.

As far as my incomplete CA studies' concern, I will complete it if I get the role of Charted Accountant.

In one of your interviews, you said that you have written 6 raps about your life-changing experiences. If given a chance, would you release your own album in future?

No, I won’t release my album. I might use it in some films. I’m looking forward to use my skill in future.

Zoya Akhtar is known to be one of the most disciplined filmmakers in the industry. So were you nervous before working with her?

Yes, I was! I always looked up to her work. I’ve loved her films. But, I never thought she will direct me. It has happened but feels like a dream till now. I was nervous. She’s a fabulous director and knows how to work with actors. She made me comfortable. She is kind, generous. She knows what she is doing.

After Gully Boy’s release, you have started getting a lot of female attention on social media. So what do you have to say about it?

I feel very happy. I’m glad that the ladies of our country like me. I love being loved (Blushes). It’s absolutely amazing. And who wouldn’t like being liked by girls?

What kind of changes do you find in your life after ‘Gully Boy’?

People recognise me now. It feels special when you get recognised for your character. As I said, social media followers have also increased. I feel great about it.

As an actor what kind of roles would you like to do in future?

I haven’t thought about what kind of roles because I want to experiment. I want to something crazy. I like the surprise elements. In the last 6 years of my struggle, I did a lot of preparations for my earlier roles as well. Right from learning bowling for 'Inside Edge' to rap for 'Gully Boy', my journey was quite tough.

Which Bollywood star you admire the most?

Ranveer Singh! Not because I worked with him but he’s inspired me. Even he’s outside, made it so big in the industry. He is not only inspiration to me but for many youths of our country. He’s warm, talented, kind and humble. He is just a legend.

What do you have to say about Pulwama terror attack?

It really saddened me. In fact, it happened on the day of our film’s release. At that time, there was happiness for the film but it made me sad. I feel sad for the families.

Lastly, are you going to be a part of Inside Edge 2? Tell us something about that?

Yes, of course! I’ve shot for it already. So, we’ll be coming up very soon. I’m very excited to see myself in Prashant Kanaujia’s shoes.