Mundga is converted into a circus: Rajesh Roshan

Roshan says the Mungda remix has caused a certain amount of embarrassment with the Mangeshkar family. 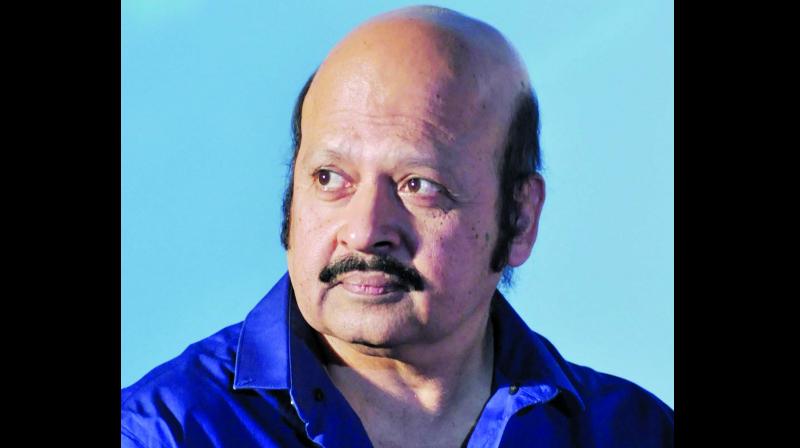 The well-known music composer Rajesh Roshan’s most popular song Mungda from the 1978  film Inkaar has found a new avatar in Indra Kumar’s Total Dhamaal. And, Rajesh Roshan is not amused.

But, wait! Didn’t Rajesh Roshan give his blessings to the new version of Mungda? At least, that’s what the team of Total Dhamaal claims.

Sighs Roshan, “What can one do if they reach out to me asking for blessings? These are youngsters who have worked with me in the past. Should I’ve told them they don’t have my blessings? The proper thing to do would have been to first ask my consent before remixing Mundga.”

The composer who shone brilliantly in the 1970s and 80s with unforgettable songs in films like Julie, Doosra Aadmi, Man Pasand, Swami and Mr Natwarlal, says there is little he can do to stop such vandalism.

“The law is against us music composers. We have no legal control over our compositions. Music companies are selling our songs to producers at throwaway prices. We are helpless. Indra  Kumar (Director, Total Dhamaal) has gone on record to say his version of Mungda in Total Dhamaal cannot be compared with the original. Then why do it? Why repeatedly resort to this kind of inappropriate conduct? Earlier my Yaarana chartbuster Sara Zamana Haseeno Ka Deewana was also re-mixed without asking me. What can I do? Except quietly smile about it.”

Roshan says he is completely out of tune with the music required in today’s films. “Nowadays producers bring in 4-5 composers, one for each track. How can we have a multitude of composers to do one soundtrack? Where is the homogeneity? I remember when the great composer Madan Mohan had suddenly passed away, the producer-director H S Rawail had approached me to complete three of the pending songs in the Rishi Kapoor-Ranjeeta starrer Laila Majnu. I refused saying that I am not worthy of sharing a soundtrack with a genius like Madan Mohan saab.”

Roshan says the Mungda remix has caused a certain amount of embarrassment with the Mangeshkar family. “I am very close to the whole family including Ushaji who has sung Mungda. Lataji has sung some of my finest songs. We used to have huge arguments while recording. I remember she objected to the lyrics in the song Wada Na Tod from the film Dil Tujhko Diya. I argued back pointing out the lyrics of her song Aeri Jaane Na Doongi composed by my father Roshan in Chitralekha. She understood my point of view and sang the chartbuster. Evergreen songs are not made overnight. They are cultivated and nurtured and are born out of creative conflicts. You can’t pluck a song out of its context and use it anyhow. How can I be happy when my songs are converted into a circus?”