Actor Kartik Aaryan on his long journey in the industry and why he doesn’t take his success lightly. 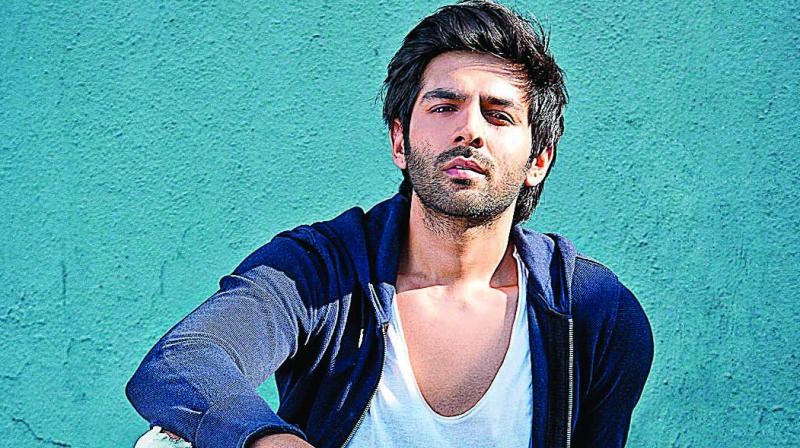 In 2011, a film made by a debutant director starring several newcomers made a lot of noise. Pyaar Ka Punchnama by Luv Ranjan had Kartik Aaryan alongside five other actors. The film opened to mixed reviews from critics but grossed Rs 50 crores at the box-office and made Kartik’s several-minute-long monologue an internet sensation. Over the years, he collaborated with the director on Akash Vani and the much-anticipated Pyaar Ka Punchnama 2, the latter was a financial success and carried an even longer monologue featuring Kartik.  However, Ranjan’s last film Sonu Ke Titu Ki Sweety, did a business of over Rs 140 crore and was a game changer for him. It finally made the critics, industry and the audience take notice of the 28-year-old outsider who is steadily climbing the ranks.  From signing new films to having Koffee with Karan to being romantically linked with Sara Ali Khan and Ananya Pandey, Kartik Aaryan has finally arrived in Bollywood.

But for the actor, the climb to this juncture was arduous. “My name was never known to the media or to the world despite the success of Pyaar Ka Punchnama. It is not overnight stardom, it came to me after seven years. It took me years to actually reach here and trust me, it hasn’t been a cakewalk,” says 28-year-old Kartik who enrolled in an engineering college in Navi Mumbai to be closer to Mumbai and pursue his dream of becoming an actor. “These seven years have been very precious and these are the reasons why I take my stardom very seriously. I don’t want to lose out on anything, I want to make the most of it,” he adds.

And he is enjoying his new-found stardom. Reacting to the adulation, he says, “I am loving it. I love the attention and clicking selfies, I can’t tell you how much I love my fans. I have seen SRK giving selfies. So, I have been on the other end and I have seen the euphoria of an actor.”

Kartik will be seen in his upcoming film Luka Chuppi, which also lightly touches upon on the subject of live-in relationships. He says, “My parents are very open about it. We have never talked about it but I don’t think they will have any problem. The thing is when two people are in love and want to try it out before getting into marriage, there is no harm in it. I don’t judge anyone,” he says and adds, “I am someone who would straight away marry the girl and not prefer a live-in relationship but if the other person wants to get into such an arrangement then I don’t mind.”

Although Kartik is now finding stability in the industry professionally and financially, the actor reveals that he is extremely bad at savings. “I am not at all good at savings. I have never saved money. I am a shopaholic and even if I don’t have money, I would borrow it to shop. I don’t know what happens to me when I go shopping. I don’t save at all and this has been my problem since childhood,” he says and adds that going forward, he would like to save for the future. Seems like the actor is taking Sara’s father actor Saif Ali Khan’s joke about letting his daughter date someone rich, very seriously.

The actor who has been snapped with Ananya Pandey quite often is rumoured to be dating the Student Of The Year 2 actor. When asked about Ananya, Kartik politely turned down the question but goes on to talk about love. “If you are in love then it is the most wonderful feeling to have. I am someone who is romantic at heart and I would want to make the other person smile all the time. I like to make people smile,” he says.

While his next Pati Patni aur Woh is on extra-marital affairs, Kartik is looking forward to the day when he’ll be approached by directors for a negative role. “I really want to do a negative role. I am always attracted towards negative characters and I really hope a script that has a grey character comes my way. I really love watching shows where the protagonist is negative. Nobody has seen that side of me and nobody would even believe that I could do something of that sort,” concludes the actor.