I am not a star yet, says 'Sonu Ke Titu Ki Sweety' lead actress Nushrat Bharucha

In a candid chat with DC, Nushrat talks about her role in SKTKS, her status in the industry and her plan of action ahead. 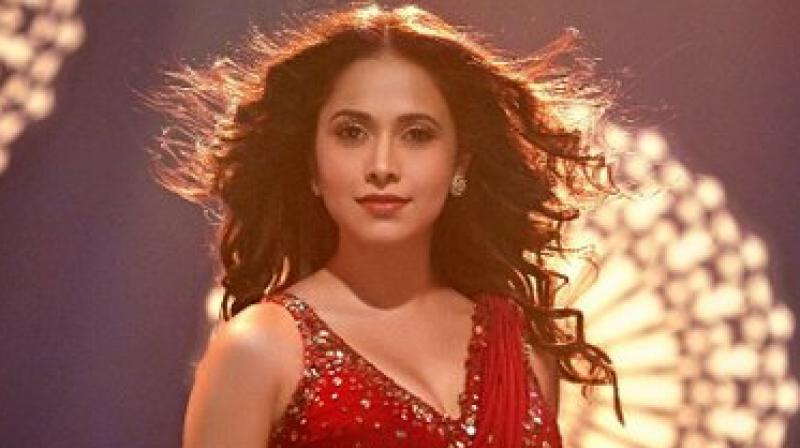 Mumbai: Beauty with brains, actress Nushrat Bharucha might have tasted successes in the past but she still feels that she isn’t a star. The actress is awaiting her big romantic release 'Sonu Ke Titu Ki Sweety' on February 23rd, 2018. In a candid chat, Nushrat talks about her role in 'SKTKS', her conflicts with the home ground team, her status in the film industry and her plan of action ahead. Excerpts:

Was it like shooting 'Sonu Ke Titu Ki Sweety' with a family all over again?

It was amazing. I am glad that I am exploring new dynamics with Kartik as in this film we will not be seen romancing each other rather it’s like a war. Even that has chemistry to it. I genuinely enjoyed the space with Kartik than anything else in the past three films. It was a lot of fun. It was like going back to your home.

Being your fourth film with director Luv Ranjan and co-actor Kartik Aaryan, how far your characters are evolved?

When 'Pyar Ka Punchnama (PKP) 1' was offered to me, I had never heard of such a subject. In the film, I won’t say my character was strongly negative but it was strong enough. In 'PKP 2', though I played a dumb bimbo but it worked too. This film gave me an opportunity to play a girl who has some sort of reality. In fact, my tonality was different in the last two with the real Nushrat but not in this one. And 'Akaash Vani' was entirely a different film altogether.

Have you faced any conflicts with Kartik, Luv and others so far?

I won’t say it is a big happy family. Every family has differences. If I feel bad about something, it becomes ego for people. I believe that ego is much overused term. We had a share of ups and downs but eventually we would able to do four films together. When we are shooting, we keep all other emotions aside.

Why you are so selective in choosing film scripts?

I don’t do a film with which I myself won’t be happy. More than believing in the script, it should be fun shooting it. I should do a film for myself or for audiences, it is still a dilemma. Honestly, I don’t get many film offers too. I don’t think I am a star and I haven’t got a due as an actor. I might be a star of 'PKP 1' and 'PKP 2' or 'SKTKS' but Nushrat Bharucha as a brand isn’t there yet.

What could be the reason for this?

'PKP 1' and 'PKP 2' were stories of boys. Who belongs to the story is very important. Then comes what role you are playing in that story. Though I was doing good parts in the films but there were three male protagonists. After that, one would talk about the director. I was called 'Punchnama' girl but not Nushrat Bharucha. I would have got that if 'Akash Vani' would have worked but it bombed. Industry is unpredictable. It is the space where films with bigger stars also don’t work at times. The honest truth is that I am still to make my name.

What is your move ahead then?

I have to wait and watch how 'SKTKS' would do at the box office. I do have certain people whom I want to work with. The kind of people I want to work with won’t cast me on the basis of my hotness in the songs. Let 'SKTKS' come out and then I have to self reach out to them.

So you mean that it is difficult to sustain in this show business?

It is very difficult. I had successes but I haven’t sustained it which you need to get the kind of work that would make you a name. If Shraddha Kapoor wouldn’t have hit 'Aashiqui 2', the range of films she is doing wouldn’t have been possible for her. 'Teen Patti' and 'Luv Ka The End' were flops and nobody talked about them but people talk about 'Aashiqui 2' till date.