The biggest awards show of the country honoured the best performances of the year 2017 in its 63rd edition. 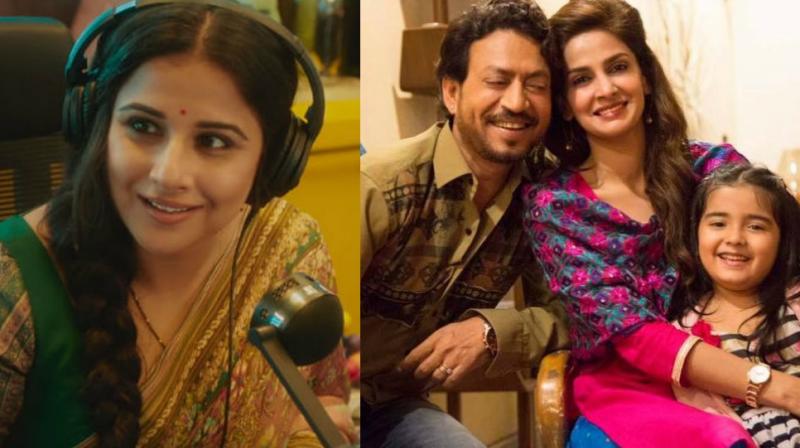 New Delhi: Amidst much glam and glitz, the 63rd Filmfare Awards came to an end with Vidya Balan and Irrfan Khan taking the black lady back home after winning in the 'Best Actor' category.

'Hindi Medium' was named the 'Best Film' in the year 2017. Konkona Sensharma was honoured as the debut director for 'A Death in the Gunj'.

Legendry actress Mala Sinha and veteran musician Bappi Lahiri received the 'Lifetime Achievement Award' for their contributuion to the Hindi film industry.
The starry night was hosted by Bollywood's Baadshah Shah Rukh Khan, with Karan Johar as his company.

The night turned even more exciting with entertaining performances by Akshay Kumar and Ranveer Singh.

Here is the complete list of those who won big at the 63rd Jio Filmfare Awards 2018:

Best Debut Director: Konkona Sensharma for 'A Death in the Gunj'

Best Cinematography: Sirsha Ray for 'A Death In The Gunj'

Best Costume: Rohit Chaturvedi for 'A Death In The Gunj