The lead actors of the action drama displayed their 'irritation' by liking a meme best explaining their connundrum. 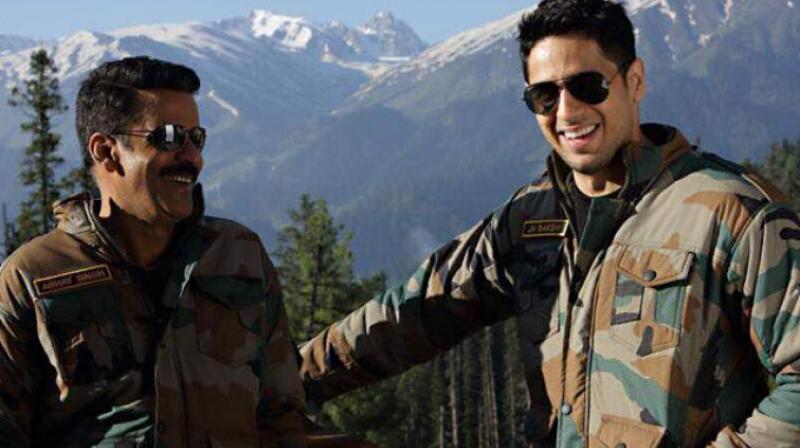 Sidharth Malhotra and Manoj Bajpyee in a still from 'Aiyaary.'

Mumbai: It's perhaps for the first time in recent memory that there has been such chaos surrounding release dates of multiple films.

The release dates of ‘Pad Man’ and ‘Aiyaary’ have been nothing short of a game of musical chairs.

While ‘Aiyaary’ and 2.0’ were earlier set to clash on Republic Day, followed by the former with ‘Pad Man’, the film that is eventually releasing on the favourable date is ‘Padmaavat.’

While ‘Aiyaary’ shifted to February 9 after ‘Padmaavat’ announced 25 January as the release date, Akshay has taken their release date again by making way for his good friend Sanjay Leela Bhansali’s film.

But the lead actors of ‘Aiyaary’, Sidharth Malhotra and Manoj Bajpyee don’t seem pleased with the development as they liked a meme and the caption which perhaps hints at their irritation, “Aiyaary just can't get a solo release.”

Manoj also retweeted, with a smile emoji, a Twitter user’s post which translated as, “Move away because of the fear of being crushed, and then say we made way.”

Akshay’s fans took the post as a dig at the superstar's ‘big-hearted’ decision to shift his release, and trolled the user and also Manoj.

Manoj later deleted the tweet and clarified about it being a ‘co-incidence’ to Mid-day, “I retweeted a journalist friend’s statement and soon after realised that fans of Akshay Kumar were trolling me. I didn’t even know he had postponed his film. It was a mere confidence.”

It’d be interesting to see what Akshay has to say about these tweets.